When working on the Abells I realized I could also get some low to the horizon Sharpless Objects, so here is one I have note done before. Down at about 22 DEG above my horizon.

This HII region lies within the molecular cloud [JKK96] A and is located well in front of the GS234-02 supershell. It contains the infrared star cluster [DBS2003] 4. Avedisova concludes that it is ionised by stars associated with the Bochum 5 cluster, including the O9.5 V star HD 59986, and places it in star formation region SFR 232.56+0.89, along with several other HII regions and reflection nebulae including VDB 97.

I have been on a project for several years now to image all the Sharpless2 Objects that I can see from my location near San Francisco. I chose these because they are visible in light polluted areas. These objects generally represent left over Hydrogen along the edge of the Milky Way that has gotten molded into interesting shapes.

There are 313 Sh2 objects and those below 70 and above 283 are generally too low on the horizon for me to image... this leaves me 213 that are feasible... and I have imaged all of these but the 13 of these are too big for my system. .

This image was the final image in the series and I may add some more if I can get closer to the horizon... the first one was taken on December 23, 2013.

Many were taken with my old Tak 180 ED, which had a wide field of view, but was replaced with my Stellarvue 130, which is more narrow field.

Please note there is also a Sharpless2 Group with now more than 1000 examples.

Hope you enjoy these obscure but interesting objects... 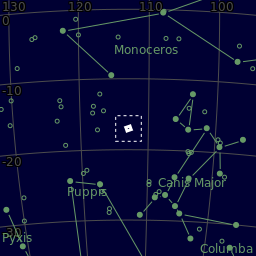