The jet, which is being shot from the galaxy's black hole, as a whole is broken into 3 distinct portions. Jet A, B, and the most recently discovered portion, C. The paper above used 50 hours on a 2.2 m telescope to achieve an image of the 'C' jet, but they also had help from an amateur astronomer named Rolf sunk *130* hours into the target as well. Sadly though, even after 130 hours, still no C jet emerged. Rolf's image is by far the deepest I have ever seen someone expose on this target. I made a comparison image between all three being my own, Rolf's, and scientist's who discovered the jet (Revision B)

One of the most interesting things I find in the posted image though, is [the additional red to the bottom of the galaxy. Are these additional jets? (Revision C)

Possibly, but I am not sure. Sadly, scientist tend to focus on the known jet region for observations, so professional views of the lower area are lacking currently. Maybe this will go from the first amateur image of the C jet, to the first image of jets that were considered undiscovered.

The equipment that went into this image was a Takahashi TOA-150B telescope and an FLI16200 camera using HαLRGB filters for a combined total of 67.5 hours. While these are definitely expensive pieces of equipment, they are still considered amateur pieces in the scientific realm amazingly enough. Mainly due to them being available to consumers, and equipment of this quality is generally not suited for serious observations where as scientific observatories cost *millions* of dollars, not thousands.

Description: Comparison between my image, Rolf's 130 hour, and the team of scientist that discovered the C jet 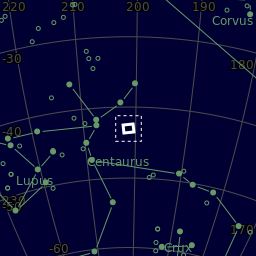