The is the first image of Abell 45 posted on Astrobin. A thorough search of the web turned up only two color images, so this is a quite rarely imaged Abell. I am not sure why. I find it quite interesting. It is very large for an Abell, measuring 5 arcmin in diameter. It distinctly resembles a wagon wheel, which is what I have called it.

There is very little written about Abell 45 (PK 020-00 1, PN G020.2-00.6) located in the southern constellation of Scutum. It is a special planetary nebula in that its appearance mostly comes from ionized nitrogen (NII) with much less hydrogen (hydrogen-alpha) and no oxygen (OIII).

A notable feature of this star field is the large number of very small but very bright orangish red stars.
These are carbon stars.
A carbon star (C-type star) is typically an asymptotic giant branch star, a luminous red giant, whose atmosphere contains more carbon than oxygen. The two elements combine in the upper layers of the star, forming carbon monoxide, which consumes all the oxygen in the atmosphere, leaving carbon atoms free to form other carbon compounds, giving the star a "sooty" atmosphere and a strikingly ruby red appearance. There are also some dwarf and supergiant carbon stars, with the more common giant stars sometimes being called classical carbon stars to distinguish them.
In most stars (such as the Sun), the atmosphere is richer in oxygen than carbon. Ordinary stars not exhibiting the characteristics of carbon stars but cool enough to form carbon monoxide are therefore called oxygen-rich stars.
Carbon stars have quite distinctive spectral characteristics, and they were first recognized by their spectra by Angelo Secchi in the 1860s, a pioneering time in astronomical spectroscopy. 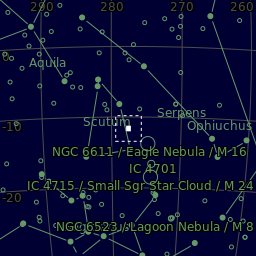