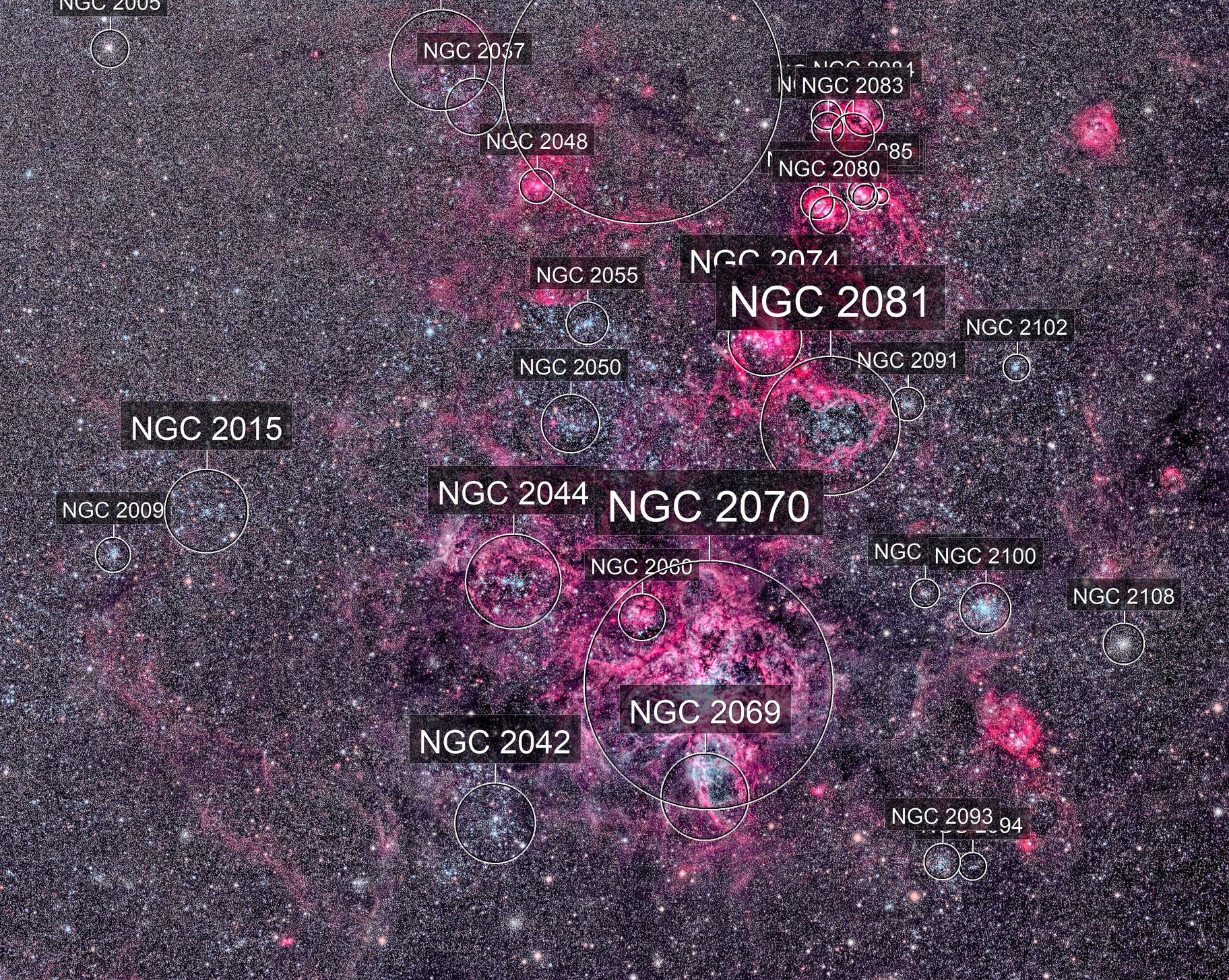 This is my fourth version of the Tarantula Nebula in as many days:

2. https://astrob.in/yaqx9p/0/ - a starless close-up of the inner-workings

The image above presents a more traditional processing approach in that the stars were never removed, nor were they ever masked, during the processing. My motivations for this image are several but one of them is not to “show it like it is.” Quite arguably neither this image nor any image made with a camera and processed with computers does more than provide an electronic sketch of reality. Professional astronomers seldom call upon images as the principal data-source for their scientific studies; but for PR, yes; and for education, yes. Astro-images excel at expressing art and wonder.

Well, that’s enough of that! Back to my topic: the cost/benefit of stars in a nebula image as complex as this one. To me, having a full cadre of stars causes a notable loss of the ability to trace faint-nebula extent and complexity. This, in turn, lessens the image’s visual impact. Comparing this image with image 1, I find it difficult to trace the fainter nebular details, particularly away from the dominant Tarantula core itself. Even image 3, with just a smattering of stars, starts down the path of ‘stars distracting from the nebula.’ If we are not doing science (and few of us are), then we must be creating art. Art is personal, but I would rather show the starless images (1 and 2) than this one, or even image 3.

Admittedly, I’m fomenting controversy by taking a rather monolithic stand. How do you see the art/science issue, particularly in the context of the stars/no stars dichotomy? 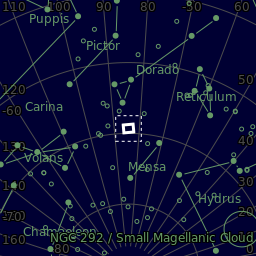