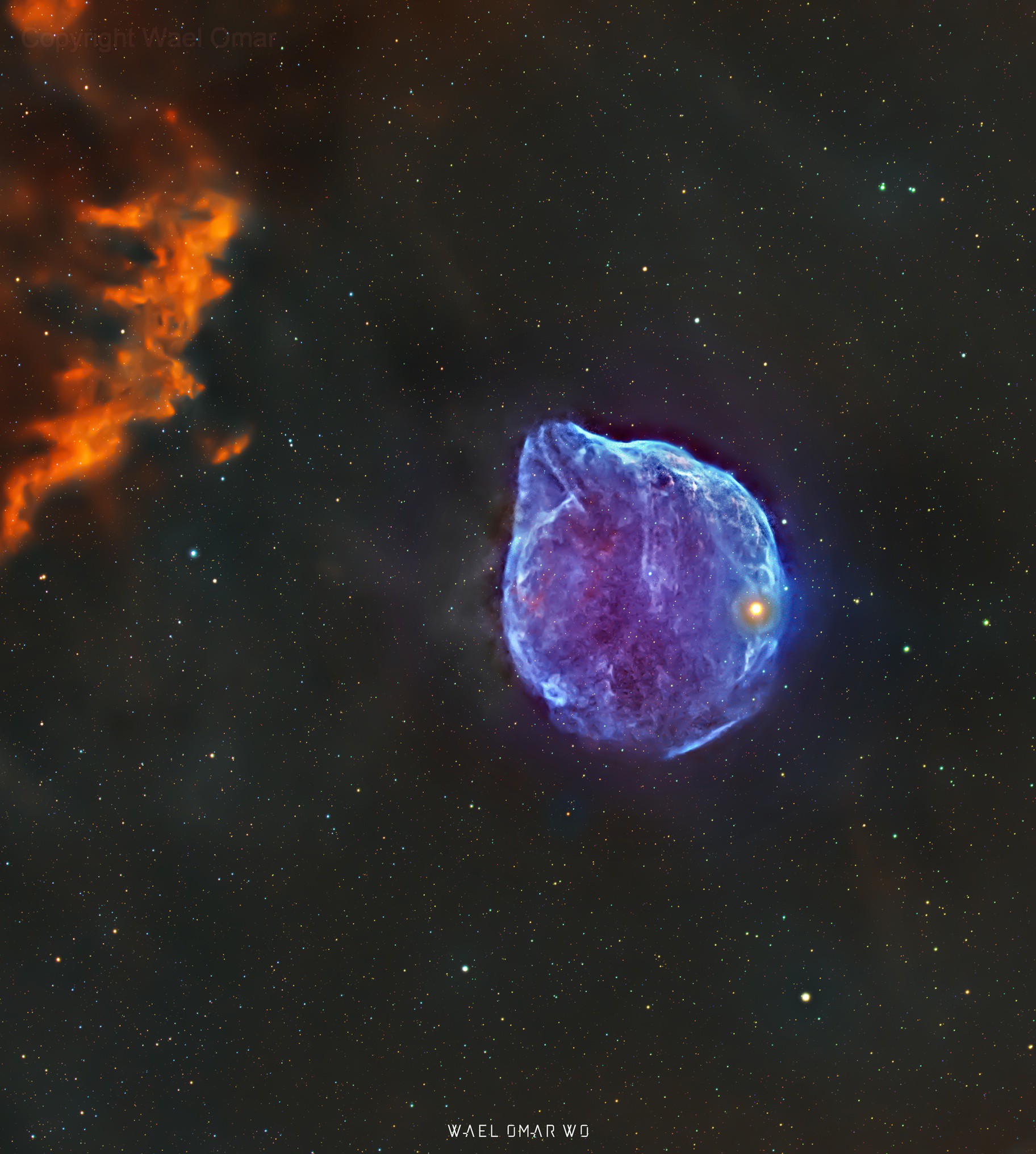 This is the hardest target i 've ever imaged since i start this hobby . Its a very faint nebula just above the horizon by 36 degrees and few hours to capture every night.
I traveled around 1000 km to capture this Nebula in Bortle 9 , 4 ,2 regions to catch enough Data for it.
Dolphn Head nebula is HII region in Canis major constellation. The nebula is the Blue Bubble around the yellow star of a type " Wolf Rayet " and called EZ Canis major , This wolf rayet star have completely lost their outer hydrogen and are fusing helium or heavier elements in the core. Their spectra showing prominent broad emission lines of ionised helium and highly ionised nitrogen or carbon and so have very high surface temp around 89000 Kelvin.This star is in the brief, pre-supernova phase of its stellar evolution.
The Nebula is about 4900 Light years from earth ,its  HII region blown by stellar winds up to 1,700 km/s and ionized by the intense UV radiation.
I pushed my gears so hard to get most of the nebula and reach 1200 seconds of exposure / frame. I stack most of the frames but remove some taken in bortle 9 because the LP gradients were so heavy that wash out details of the cleaner frames in Bortle 2 after stacking. 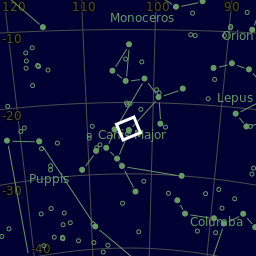