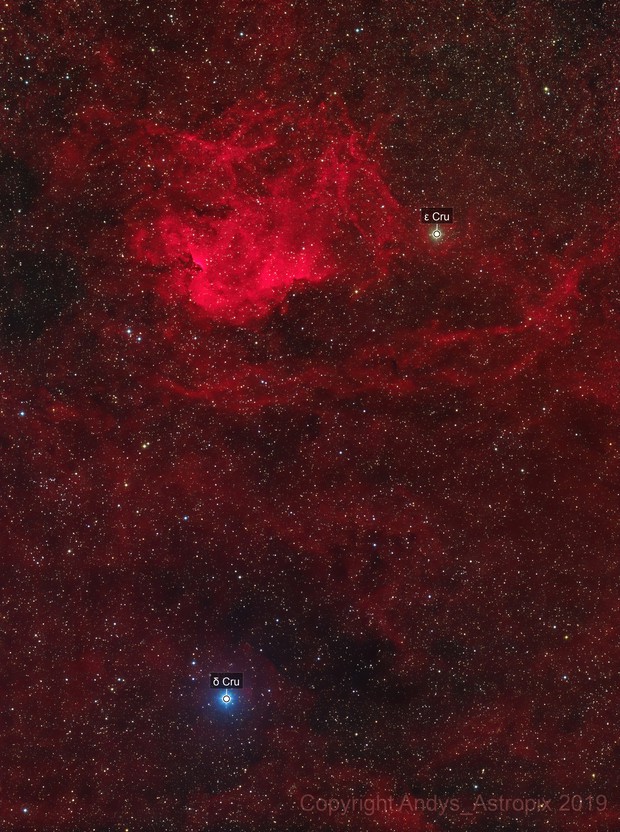 Hi folks,
As you know, I'm often on the lookout for unusual, off the beaten track targets, but who knew there was so much Ha lurking behind the iconic Southern Cross (crux)?

Located above Delta Crucis - in this orientation the cross is upside down - near Ginan (formerly known as Epsilon Crucis) is a massive uncatalogued Ha rich region of nebulosity.

Photographed in HaRGB from my suburban backyard in Melbourne, Australia.

Until recently, the smallest star in the Southern Cross had the no-nonsense title of Epsilon Crucis – literally the fifth-brightest star of the Cross. No longer.
The International Astronomical Union has announced it will be given a new, additional common name: Ginan, the name it has been called for thousands of years by the Wardaman people of the Northern Territory.

Ginan, appox 230 light years distant, was previously known as Epsilon Crucis, is seen upper right in this image and is the smallest star in the Southern Cross. Ginan is about 228 light years from Earth.
It “represents a red dilly-bag filled with special songs of knowledge”, Monash University astronomer Duane Hamacher writes on The Conversation.

The star is one of four the astronomical union will now recognise by their Aboriginal names, as part of a wider project to give the stars in our sky proper titles. (Liam Mannix: SMH) 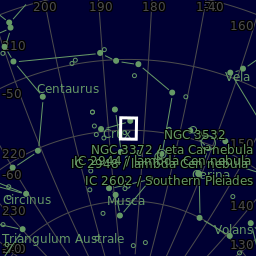