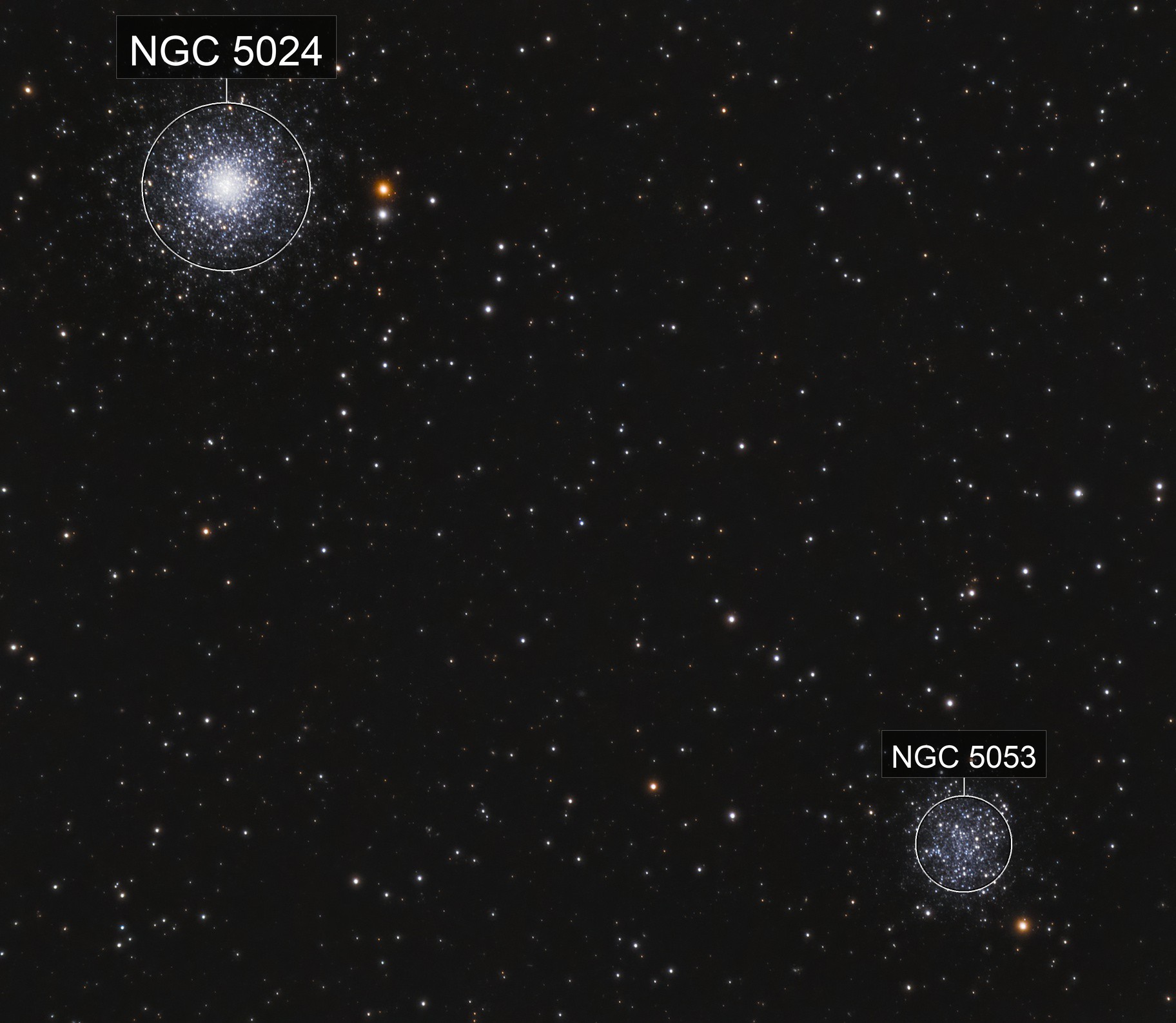 I rarely image star clusters, but with first light on my new GT81, I thought this double globular cluster area would make a good subject to test flat field optics on. This area of sky is riddled with a few clusters and it matched up nicely with the square sensor of the ZWO ASI533MC Pro.

NGC 5053, the second of the two globular clusters in this shot, is about 1 degree (2 Moon Widths) southeast of M53. It is a super-faint and loose globular cluster about 53,500 light-years away from us, which puts it somewhat close to M53. Many astronomers doubted its nature as a globular for a long time.

A lot of faint galaxies are visible in the full size image which I have yet to find classification on. 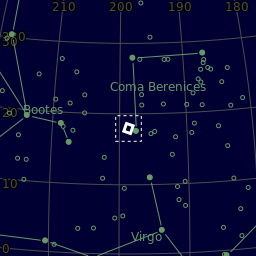