The Draco Trio consists of a close grouping of three very different looking galaxies, found in the constellation Draco.

The Spiral galaxy towards the lower right is NGC 5985. Located 140 Million light-years away, this galaxy measures 246,000 light-years across. For comparison, our Milky Way is 185,000 Light years in diameter.

Next up the chain is the fuzzy elliptical galaxy NGC 5982. This galaxy is 130 Million Light Years away and was discovered by Sir William Hershel in 1788. The luminosity of this galaxy comes from very old stars, and the core of the galaxy contains a supermassive black hole.

Finally, we have NGC 5981, which is a spiral galaxy seen edge-on. Located 112 Million Light years away, it is slightly closer than the other two galaxies. If you zoom in on the image you can see prominent dust towards one side.

These galaxies are part of a larger group of galaxies known as the NGC 5982 Cluster.

Frankly, these are galaxies are pretty small and the grouping does not have a great visual impact when seen at this scale. So why bother shooting them?

Well - there are a couple of reasons.

First, these galaxies are pretty far away compared to some - and just to capture some photons that left when Earth was in the Cretaceous Period - when triceratops walked the Earth and Pterosaurs flew in its skies - yeah - that's kind of cool.

Another reason is that when these were taken, due to the time of year and what can be seen through my tree tunnels - there weren't a lot of other targets available - so why not? In fact, I shot this same target almost one year ago - almost to the day. So this is a kind of test to see if I am improving in my technique. Here is a link to that image if you want to compare:

Finally - these are small galaxies and pulling out detail with my scope will be a challenge. How much detail can I resolve? How much can more can advanced image processing reveal? I spent a lot of time doing deconvolution processing to restore detail lost through the optical system - and I was able to pull out more detail than I thought possible.

Anyhow - here is my most recent attempt at this.

Here are the details for this image:

Image Processing: Pixinsight, Photoshop - assisted by Coffee, extensive processing indecision and second-guessing, editor regret and much swearing….. Given the problems on this image, more than the usual whining…. 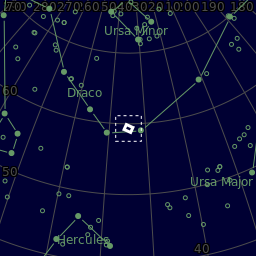