Close conjunction of Mars and the Moon of Dec 7-8, 2022 as observed from Long Island, NY

Close conjunction of Mars and the Moon of Dec 7-8, 2022 as observed from Long Island, NY


The overall map of the area for occultation visibility can be found under [1, 2]: 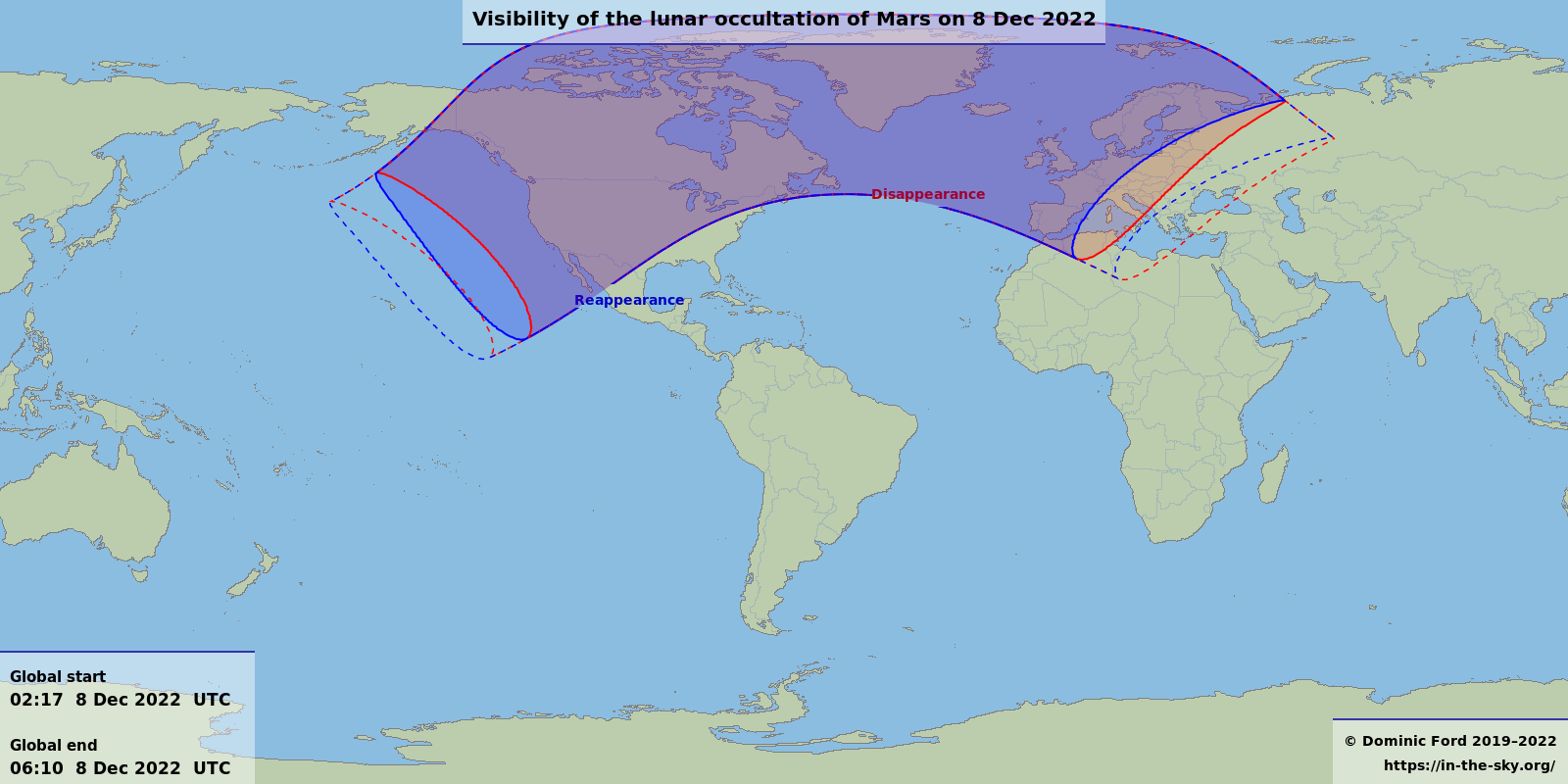 Long Island NY wasn't too far from the area of occultation visibility, so it was a rather close (2.6 arc.min separation from the lunar limb) conjunction instead, as illustrated on simulated image below produced with Starry Night Pro Plus 8 for the moment of maximum proximity (there is also HIP23032 (+9.7m) star in the FOV that was of course completely subdued by the Moon glow): 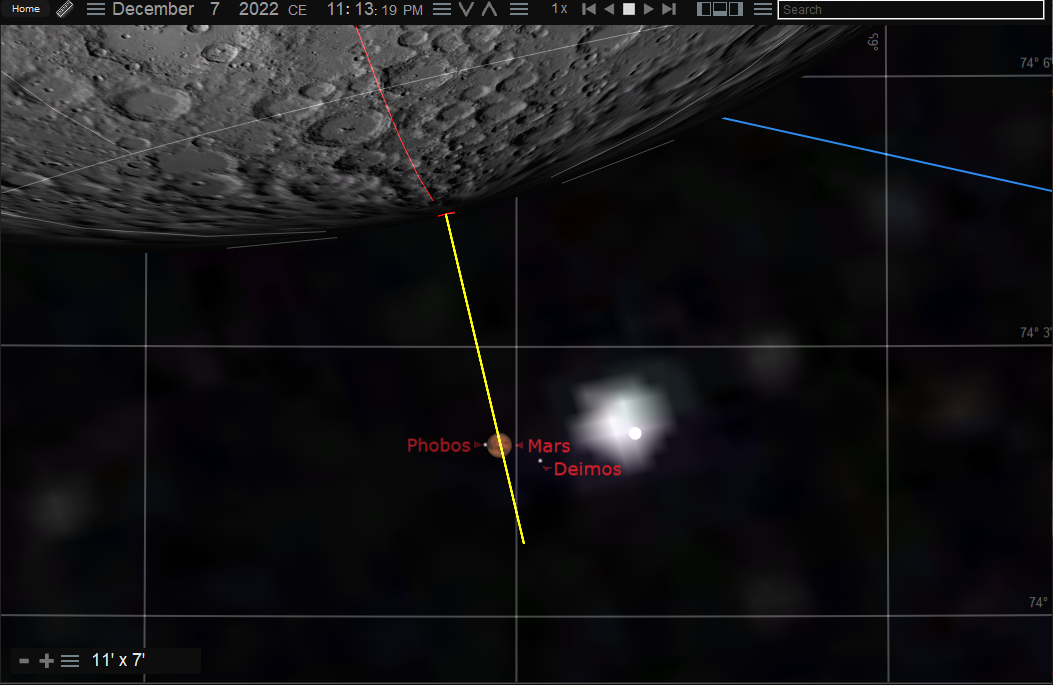 The weather conditions for this event looked rather unfavorable right until 1h before the maximum proximity, at which time all fog and low clouds have cleared out: here is the Clear Sky chart for the point of observation 70 miles further East on Long Island, that had similar effect likely could of hours later as well):

Title: Surface brightness comparison for Mars and Moon using one uncalibrated frame from the sequence

Description: Generated with 3Dplot tool of PixInsight, rotated for better visibility of the Mars spike on the left.