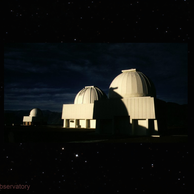 "Cluster One Observatory" is our small and under-constant-development optical observatory, originally located in the city of La Serena in the north of Chile. As the project developed, we also travel with our telescopes in search for darker locations…

About Cluster One Observatory

"Cluster One Observatory" is our small and under-constant-development optical observatory, originally located in the city of La Serena in the north of Chile. As the project developed, we also travel with our telescopes in search for darker locations, including the usage of a small setup at my office in San Pedro de Atacama.

My personal passion about astronomy dated back to 1986, when the Halley comet basically caught my attention in every sense and consequence. Ever since, the driving force of my life has been observing the Universe, firstly at an amateur observatory in Santiago (ACHAYA) until it developed into my main activity at the astronomical observatories located in the north of Chile.

In 1993, I moved from Santiago de Chile to La Serena, to start my career as staff observer at the Southern Columbia Millimeter Telescope (SCMT), at the Cerro Tololo Interamerican Observatory. Then in 1994, I started to work as resident astronomer for the University of Toronto Southern Observatory (UTSO), at Las Campanas Observatory. In 1996 I moved to the largest radiotelescope in the southern hemisphere by that time: The Swedish ESO Submillimetre Telescope (SEST) and started my professional career at the "European Southern Observatory (ESO)".

As in September 2003, the SEST radiotelescope was decommissioned and I moved into the science operations group of the "Atacama Pathfinder EXperiment (APEX)" in San Pedro de Atacama. APEX, is a collaboration between Max Planck Institut für Radioastronomie (MPIfR) at 55%, Onsala Space Observatory (OSO) at 13%, and the European Southern Observatory (ESO) at 32% to operate a modified ALMA prototype antenna as a single dish on the high altitude site of Llano Chajnantor.

After all of these years in professional astronomy, something was missing in my life ... And it was actually to observe and image the Universe using my own equipment and in some sense, to reconnect with my passion about observational astronomy, starting from the very basis.

In this wonderful journey, my children got into the hobby and all together as a family team, we decided to name our facility as "Cluster One Observatory", in clear reference to Pink Floyd "The Division Bell" album, that was released when I was working at the Cerro Tololo Interamerican Observatory.

"Cluster One" is the opening number of the album and just by an astonishing coincidence, the artwork features the domes of the Cerro Tololo Interamerican Observatory ... and I was there ... fulfilling my dreams mapping CO in the galactic plane while listening Pink Floyd.

Whats next in this observatory ? Well ...were are already thinking on a permanent setup for our equipment to ease the operations.

I would like to express my deep gratitude to Rodrigo Zelada who runs a local company named "North Optics", bringing specialized astronomical equipment to La Serena. Every piece of or setup has been bought to North Optics.
Also would like to share tons of words of recognition to Carlos Sagan for his wonderful work reviewing equipment and uploading very informative videos to share his experience. Last but not the least, to all the masters of astro-photography of the "Asociacion Chilena de Astronomia y Astronautica (ACHAYA)" who are constantly sharing their passion and enthusiasm about this amazing hobby.

Last but not the least, I'm a member of the "Corporacion Fotografica de Elqui (COFEL)". If you feel enthusiastic about photography this is the place to go.

All the best, clear skies and shine on