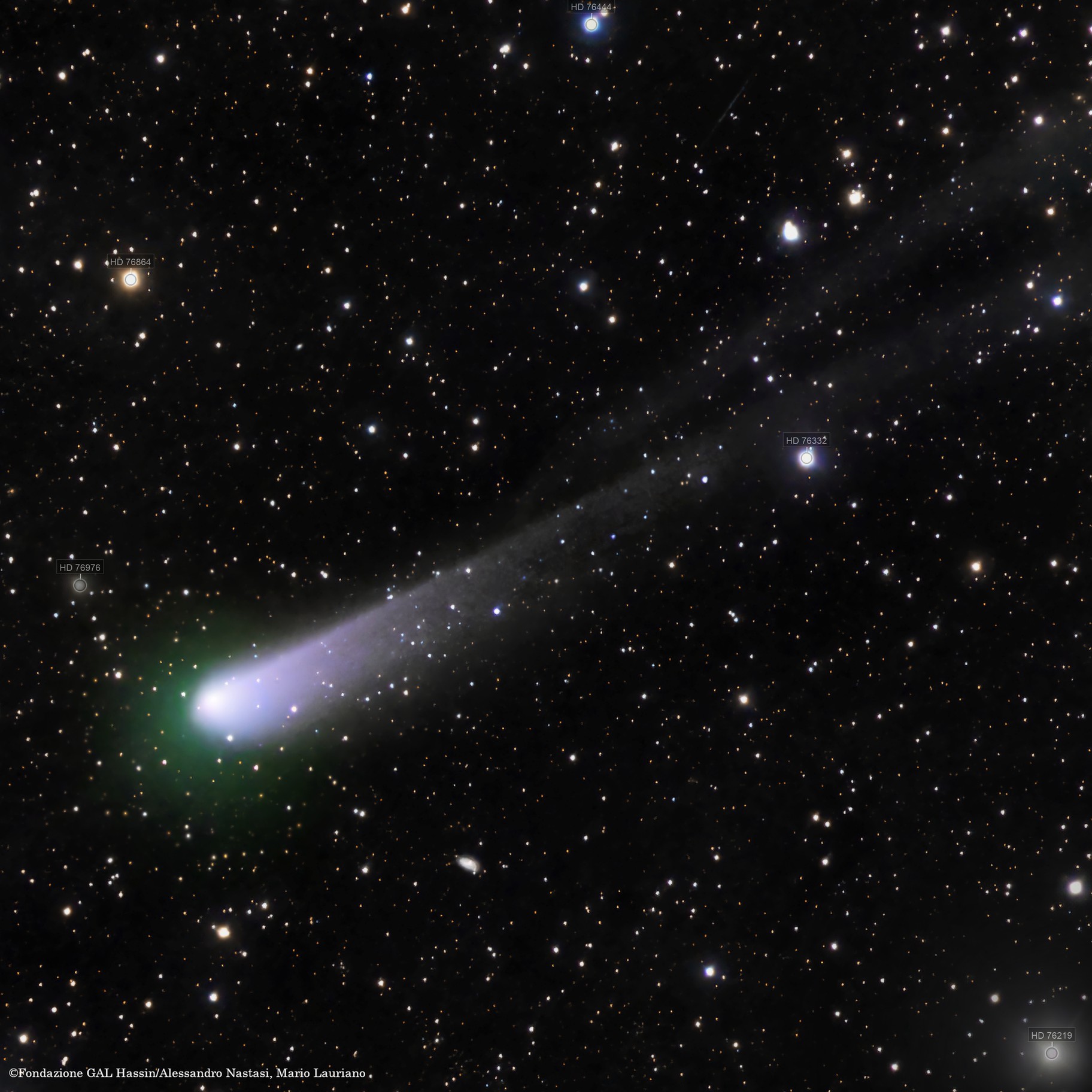 The image of comet 67P/Churyumov–Gerasimenko was made on 31st December 2021 from the GAL Hassin - International Center for Astronomical Science in Isnello (PA-Italy).

This comet is extremely well known because in August 2014 the Rosetta mission of the European Space Agency (ESA) landed the Philae probe, the first human construct to explore a comet.

It is a particularly important photo because in the shot both the green color in the comet's coma (due to the ionization of the C2 molecules) and the double dust tail (distinguishable because the dust particles have different sizes and this made them arrange along two different trajectories).

The image is an LRGB composition, with absolutely reliable colors as compared with scientific data already published. The white point used in the photometry calibration is the same as for sun-like stars (G2V) as the comet reflects the light of the latter.

More information can be fould in the following link: https://galhassin.it/la-cometa-che-torna-a-far-parlare-di-se/ 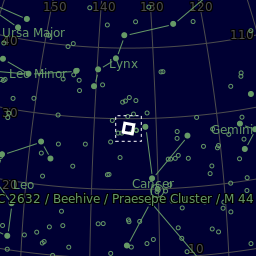