The Orion constellation is full of amazing nebulae such as the Great Orion Nebula (M42), the Horsehead Nebula and IC434, or the M78 nebula (see this recent wide field image of this area https://astrocat.info/orion-nebulae-and-barnards-loop/ ).

Hidden in the outskirts of this constellation, close to the Witchhead Nebula (IC 2118), we can find an area rich in interstellar gas and dust around the reflection nebula NGC 1788. This bright deep sky object attracts our attention among all that faint dust and gas. It is flanked by the dark nebula known as Lynds 1616.Although this ghostly cloud is rather isolated from Orion’s bright stars, their powerful winds and light have a strong impact on the nebula, forging its shape and making it a home to a multitude of newborn stars.

A few years ago, one of the VLT's 8.2-metre Unit Telescopes at the Parannal Observatory telescope (ESO's Very Large Telescope) captured an unprecedented view of this area revealing an intriguing structure that has been called the Cosmic Bat. Located some 2,000 lights years away from us, this dim nebula is made of glowing gas lit up by young stars. This animalistic nebula is well-hidden deep in Orion's dust.

Inspired by the ESO's Cosmic Gems project, and other astrophotographers, I thought it could be a great challenge to capture this ethereal structure known as the Cosmic Bat with my 106mm and 85mm diameter telescopes. I knew this structure  was only around one arcminute long, but the project paid off the effort.

So I started a series of images with my dual Takahashi setup (FSQ106 + FSQ85) installed on the terrace of my home (my backyard observatory) to capture a deep image of this area.I have been lucky enough and nights have cleared this first new moon of 2022, so I started capturing the images of this object that ended up with the work presented above.

To enhance all the faint gas around the reflection nebula I used the Takahashi FSQ85 with a 6.5nm Ha filter. On the other hand, I used the bigger aperture (106mm) of the FSQ106 EDX4 to capture the dust and dark nebulae as well as the color. This other telescope (FSQ106) provides me with an image scale of 1.46"/pixel that allows me to capture some small details on deep sky targets. In order to keep all those details I rejected 40% of the Luminance images that suffered from some kind of bad seeing or high clouds.

I hope you enjoy the image as much as I've done. For me it's very inspiring to be able to capture from my backyard observatory what the great telescopes did in the past. Thanks for taking your time on this site.

Calibrated with darks, flats and dark-flats. 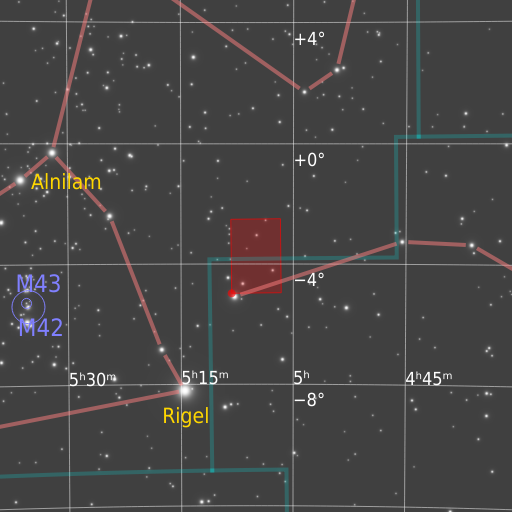