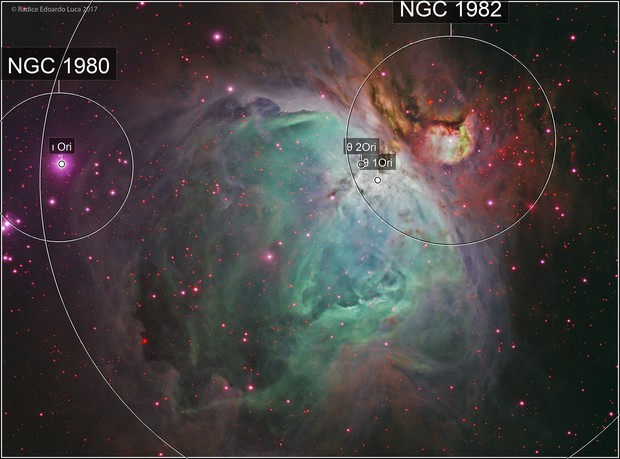 Here my latest Job: an unconvenional test with an IR Pass Baader Filter

It is a false color rendition of the Great Orion Nebula, obtained with amateur level instruments from a suburban, light polluted, sky in northern Italy:
The telescope is a William Optics FLT 110 Triplet APO with a 0.8x focal reducer on a 10Micron GM1000 HPS Mount.
The camera is an old SBIG ST 2000 XV Camera.
All the exposures was unguided

The first image is a pseudo-Hubble Palette

In my opinion this image is very interesting because it shows this ultraphotographed object in a new way for an amateur.

The hues from yellow to reddish-brown show dusty zones, where IR emission dominates on narrow band emission from hydrogen.
The hues from teal green to blue, follow the variations in the Halpha - Hbeta ratio (Balmer decrement).

The second image (Marked as B) is a map of the Balmer decrement (uncorrected for interstellar reddening) obtained by the ratio between the two narrow band images.
It is only a rough estimate of the real ratio because the Ha filter has a quite broad passband, but it can be interesting anyway.
As you know, the Balmer decrement depends on many factors, between them the electron temperature inside the nebula and the interstellar reddening.

Comparing the two images (See image C) it is easy to see a correlation between the dusty areas and a higher Balmer ratio (reddening), but it is also evident that there are uncorrelated structures for which a different explanation is needed.
The white and black pixel are out of range values in areas of the image where poor S/N is present. 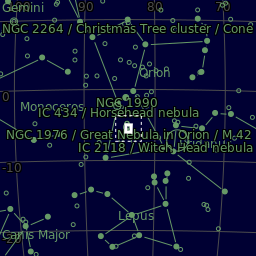