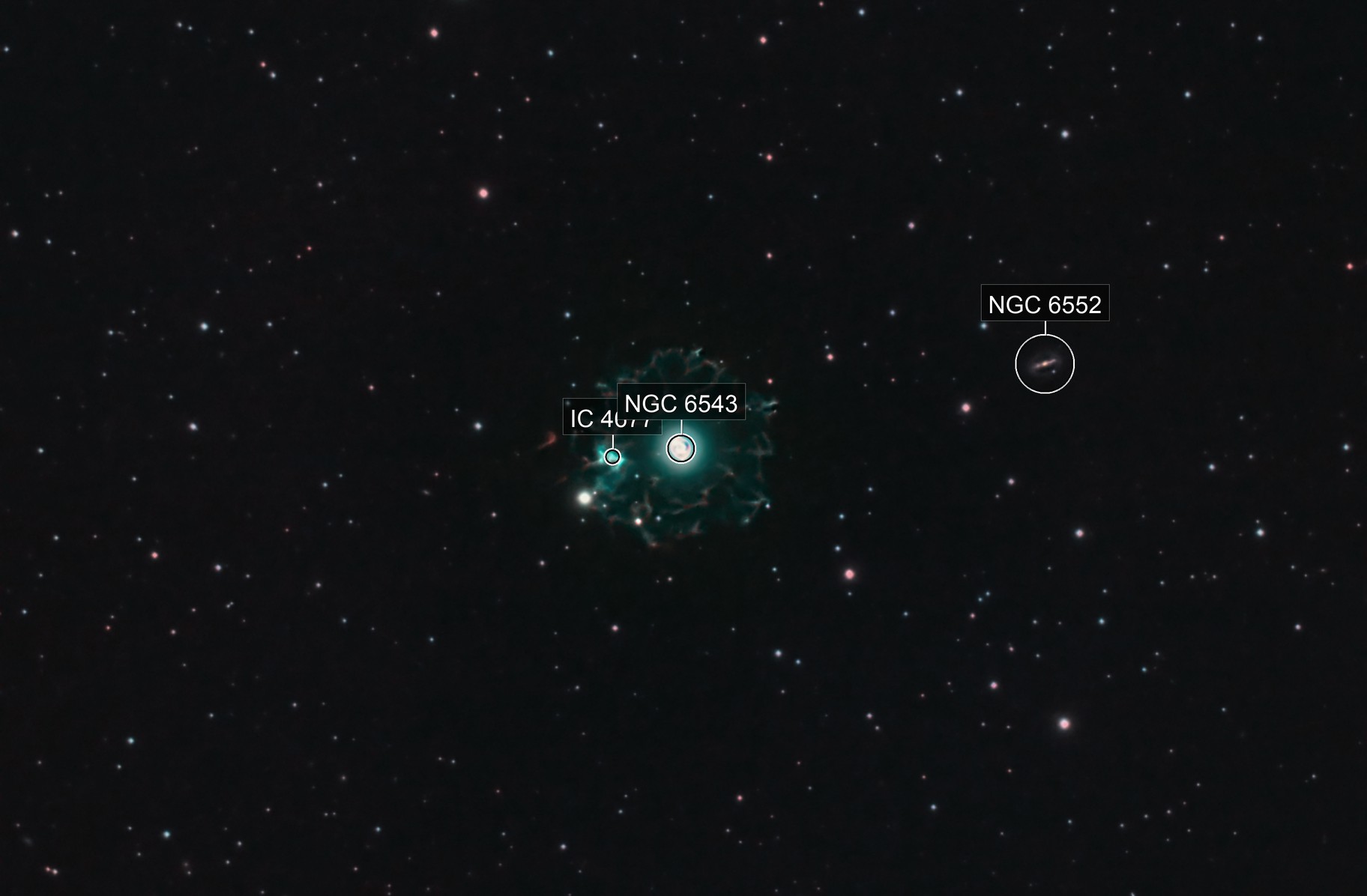 The Cat's Eye Nebula, Caldwell 6, NGC 6543, is a relatively bright planetary nebula in the constellation of Draco, discovered by William Herschel on February 15, 1786. Herschel compared the nebula’s appearance to that of the disk of an outer planet when seen through a small telescope, which is how planetary nebulae got their name.

It is 3,300 light years from Earth.  It was formed around 1,000 years ago when a hot, bright central star expelled its outer envelope.  The nebula appears as a diffuse blue-green disk when viewed with small telescopes.

The central progenitor star is an O7 Wolf-Rayet-type star, about 10,000 times brighter than our Sun, but 35% smaller in diameter. The star has a temperature of about 80,000 K (compared to our sun's 6,000 K). It is losing around 20 trillion tons of mass per second in a fast stellar wind. The star is believed to have originally had a mass of around 5 times our sun. The stellar wind has a velocity of around 1,900 km/s.

The Cat’s Eye Nebula is expanding at a speed of 16.4 km/s. Its angular expansion rate is 3.457 mili-arc-seconds per year.
The nebula’s core has an apparent size of 20” and a high surface brightness.

Note that the brighter portion of the outer halo of the cat's eye is considered IC 4677.
Also, distant galaxy NGC 6552 (370 million light years) is also in the image, to the right (East) of the cat's eye. 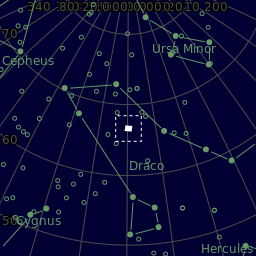