Both Messier 81 (Bode’s Galaxy, NGC 3031) and Messier 82 (the Cigar Galaxy, NGC 3034) are around 12 million light years away in the constellation of Ursa Major. Both galaxies were discovered by Johann Elert Bode in 1774, and observed by Charles Messier on 9 February 1781 (from O’Meara, ‘Messier Objects 2nd Edition; 2014). The relatively young (200 million light year) dwarf, irregular galaxy, Holmberg IX) can be seen above M81.

I have processed the Integrated Flux Nebula so that it is just visible. Arp's Loop is a feature just above and to the right of Messier 81 in this image. Initially, Arp's Loop was thought to be a 'tidal tail' formed as a result of gravitational interaction with M82. However, it has been demonstrated that most of Arp's Loop lies within our galaxy (Information: APOD).

Finally, to the right and slightly below Messier 82, there is a small arc of nebulosity visible in the Ha data. This has been dubbed ‘the cap’ - it consists of galactic halo material that has been ionized by the superwind shock or intense ultraviolet radiation from the young, massive stars in the galaxy's core (Information: APOD). This ‘cap’ is around 35,000 light-years from M82.

Data for this two-panel mosaic were collected between 31 December 2018 and 13 February 2019 from a remote imaging rig in Spain owned and operated by Barry Wilson and Steve Milne.

A total of 56 hours exposure. 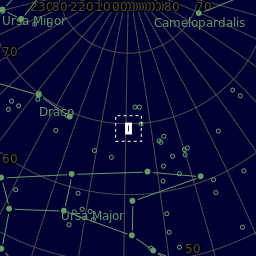