This is the last of my national park vacation series images. The Rho Ophiuchi molecular cloud system is a region of gas and dust that is located close by the star ρ Ophiuchi of the constellation Ophiuchus. The system is an estimated 400 ly away making it one of the closest star-forming regions to the Solar System. Rho Ophiuchi (ρ Ophiuchi) is a binary star system surrounded by a blue reflection nebula. The cloud system appears golden yellow (IC 4606) around the bright super giant star Antares, takes on a reddish color near the double star system Alniyat, as linear blueish spots (IC 4605) around the star i-Sco, as a bridge or transition (IC 4603) between the blue-yellow regions, and as the namesake blue reflection nebula (IC 4604). Several other objects are visible such as the globular clusters M4 and the smaller NGC 6144.

I really like this area region a lot and have always wanted to image it but it is low and located in very light polluted portion of the sky in southern Connecticut. So with my Hap Griffin astro-modified camera, tripod, and SkyGuider I was ready. Although I did not get all of the nebulosity possible I would have liked, I am happy with what I got. One of my favorite areas is the dark reflection streams located near the center and top of the image and also the gold tint near the Antares nebula. The image is rotated 90 degrees for easier framing on websites and such.

Difficulties:
I did have several difficulties. First, this was the family vacation where I squeaked out time to image and not an astro-trip so I there are no darks, bias, or flats for support. I stacked 51 x 1-min frames on the first night, 32 x 1-min frames on the second night, and finally 75 x 30-sec frame on the third night. After examining the frames closely on the first night I noticed the stars were slightly elongated so decided to try again. The exposures from second set were also elongated. Determined to get an image I tried again. This time I ensured everything was tight and polar alignment was spot on. I did notice that one of my screws holding the guider was not tight which may have contributed to the elongated stars, however I was not talking any chances, so I went with 30-sec exposures.

The stars on the 30-sec exposures were rounded so my plan was to stack all the images but only use the 30-sec stacked image for the stars. When I stacked images for all three nights in DSS, the stars were round. It seems DSS only used the best stars to make the image, in other words it did what I was planning to do.

Final thoughts:
My setup with the Manfrotto tripod and SkyGuider Pro mount works great for 50mm and smaller FL lenses. However, there seems to be some elongation with the 200mm lens. I believe the problem is my tripod. The tripod is good for light to medium weight use, however it has trouble for larger equipment. I may purchase the recommend iOptron mount for the SkyGuider to use for driving trips and just use smaller lenses and the Manfrotto tripod for airplane travel. 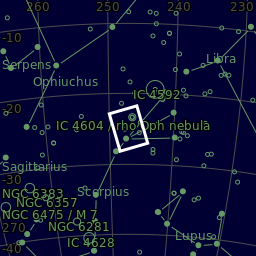