The Heart nebula region is about 7500 light years away from Earth in the constellation Cassiopeia. The 330 light year diametre complex contains the eponymous emission nebula (Ced7/Cr26/IC1805/LBN654/Mel15/Sh2-190) shaped correspondingly, along with a separate region labelled the Fishhead nebula (Ced6/IC1795/LBN645/NGC896), which was the first part to be discovered. The nebula's shape and distinct signal is due to a cluster of stars in the middle in an area that could appropriately be called the tendrils of creation.

One of the more striking aspects of this nebulosity is the number of dark nebulae (~15) contained within it (LDN1356 and LDN1359 through LDN1373) many of which I've tried to highlight especially on the Ha only image. There's also a small open cluster to the right (Cr30/Mel16/IC1824/NGC1027). One of the cooler features is the ring nebulosity in the centre which you can make out if you look closely, which is like a second (or more likely separate) shell of gases being pushed out.

This capture is part of my "make up for being a newbie" series, where usually once a year I revisit one of my very first images and redo it with the latest capturing and processing techniques that I've learnt. In this regard, the Heart nebula complex represented a lot of firsts for me: it was one of my very first astrophotography images, my first narrowband image, the first colour image with the SV70T scope, and it was done on my first mount. This version which I did back in 2017 had a total of integration of 4.7 hours, so this current version has almost ten times as much information going into it. I hope you'll agree with me that this current version is a far cry from the image I did using live stacking, 8 bit PNGs, and my AVX where I could only get two minutes unguided per frame, yielding a total integration of less than five hours (https://www.astrobin.com/305156/).

There's ~44 hours of captured data going in this version and I think even though the gains are incremental, I was able to bring out additional background nebulosity and details, as well as reduce noise, particularly in the Ha only image which I thought turned out really good: deconvolution actually worked like I thought it would for the first time and I was able to achieve a balance between sharpening and noise reduction. When I first started redoing this, the moon was half full so I decided to capture S2 data first and I was off a bit in my framing which I only corrected after my first session (there's a seam barely visible if you can spot it). I was able to use it but it is why I have the most amount of data using this filter since I wasn't sure if the first session would be useable in the end. Overall, I would have to say this is the first image where everything came together nicely in terms of processing. Take for example the ring nebulosity, it's missed in many images of this target or not pronounced (my previous image doesn't have it at all) but it shows up here nicely.

I've put up two bicolour and tricolour Hubble palette versions of this capture along with the Ha only version. Previously I had done a HOS combination but that was mostly Ha data since I had done a crappy job on the O3 and S2 data; this time the colours in the HOS were okay but not as good as the SHO version so it is not being showcased (just imagine the Ha only image in bright red and you get the picture). The framing is also the "right side up", looking at it from the Earth. 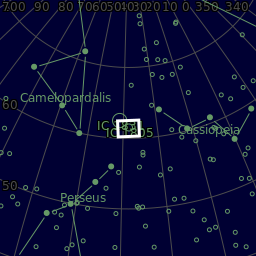