There is not much information on this one but there is a nice discussion of the O-III versus H-alpha filtering here:

I decided to put up my entire workflow on this object since it was very clear what was going on (see the "A" image.

The A image has the original RGB images on top and you can see the light Blue, which is what i do to get the basic color right, i.e. this is not red but blue primarily.

The second row down is the O-III using Rob's technique I normalize (dnsLinearFit) the O-III then add in the appropriate percentages of the O-III to the G&B to get new G &B images that reflect the actual color of the O-III.

At the bottom these are added together to form the RGB image, which is photometrically color corrected in PI. The images on the right and Topaz AI denoised in PS and then GAME masked in PI to isolate the PN. The last images has the bright star enhanced/fixed with Star Spikes Pro 4.

Note how few images are needed here when Topaz AI is used to denoise. I do a light denoising in PI when the images is still linear (fuzz removal).

Bottom line there are 79 imagable Abell Nebula of which I have imaged 38. 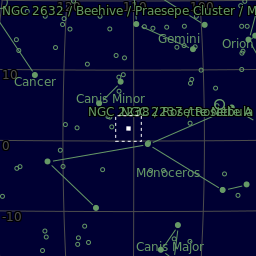