The planetary nebula Abell 35 appears strikingly different when photographed in O III as compared to its H-alpha image. The disparity is believed to be due to the effects of a stellar wind originating with a binary central star interacting with the nebular shell. The previously unidentified central star is shown to have a transverse velocity of 150 km/s and exhibits a wind having a terminal velocity of 185 km/s at a mass-loss rate of 3 x 10 to the -9th solar masses per year. The distance to the nebula is 360 pc, as determined photometrically from the visible member of the binary nucleus. 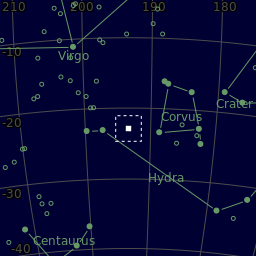