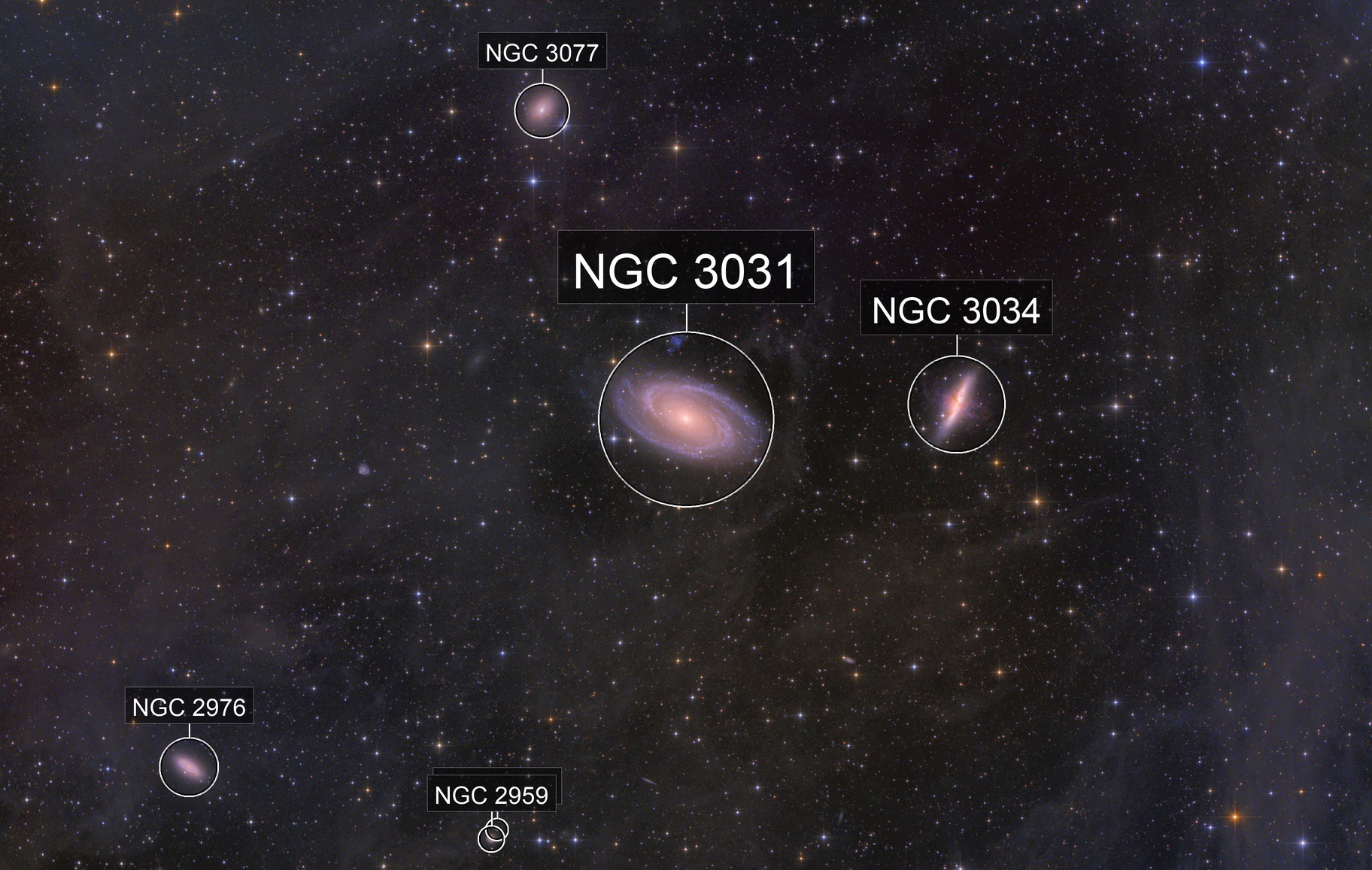 IFN towards Bode's Galaxy and the Cigar in HaLRGB

IFN towards Bode's Galaxy and the Cigar in HaLRGB

The extra-galactic Integrated Flux Nebula between here and Bode's Galaxy M81 and the Cigar Galaxy M82.

This very dim dust orbits outside our Milky Way galaxy and is illuminated by reflectance of the total light output of it, hence the name "integrated flux".

There are fiery red filaments shooting from M82 because it is an "AGN" galaxy, i.e. it has an active galactic nucleus--its black hole is gobbling matter and high energy vortexes aligned to its spin axis are flinging matter at large fractions of lightspeed out beyond the plane of the galaxy.

Within the past 10 million years ("yesterday" in galactic time) our Milky Way was an AGN, discovered recently by the detection of the so-called Fermi Bubbles of high energy gamma ray emissions from the locations of the former jets of matter above and below our galaxy, produced when high speed particles slam into extra-galactic dust and gas.

Ponder M82 and imagine how our night skies appeared to our primate ancestors 10M years ago!

For the very dim IFN and for galactic details and Ha emissions I used the monochrome ASI6200MM for its higher quantum efficiency and low noise floor, and relied on the RASA-11's optical speed to reduce capture time for these details (Ha 56subs at 120sec at 2x2 gain 200; L 120subs at 60sec, 2x2 gain 100).

I was surprised to find Ha signal from the IFN (assumed to be variations in reflectance vs. ionized emission) and this results in some of the IFN's tonal variations in the final rendering.

All channels were drizzle integrated at 2x and down-sampled after post processing.

1. The OSC Bayer matrix R, G, and B filters lack sharp wavelength cutoffs at their passband edges, unlike astrophotography filters. To improve OSC color separation I applied a color transformation matrix to the raw OSC data as described below after stacking and prior to conventional post processing steps: 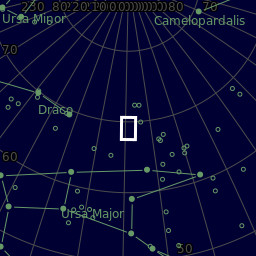