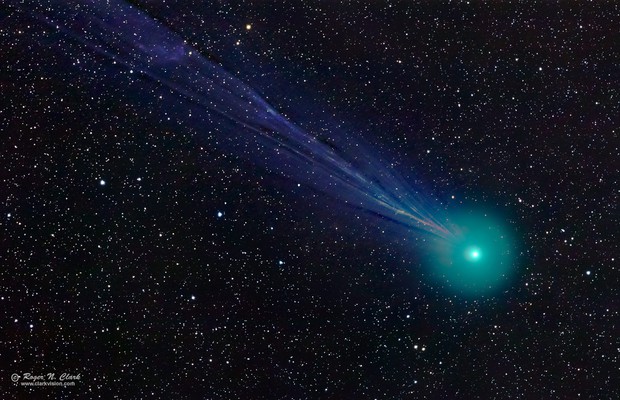 During the approximately 16 minutes to make the exposures, the comet moved significantly. The 21

deleted, and for the align on the stars image, the comet was deleted, then the two images combined. To delete stars and not destroy detail in the comet's tail, I found that methods on the internet were

poor, so I deleted the stars using the healing brush in photoshop in a long and tedious process.

Removing the comet was easier: use the comet only image, blur it and subtract it from the image

aligned on the stars. 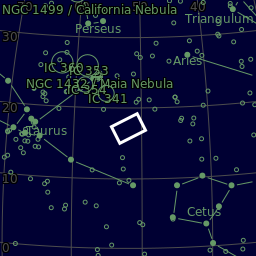