Hi folks, this is a wide field of the 44th Messier’s object, first observed as an open cluster by Galileo in 1609, followed in 1611 by french astronomer Fabri de Preseic and in 1612 by german astronomer Mayr. Charles Messier added this cluster in 1764. The Greeks and Romans associated this nebula with a crip in which two donkeys were feeding. Ancients described it as a nebula and Ptolemée mentioned it in its Almagest.

From my balcony in a suburban area, I had a nice opportunity to image it on a clear night but quite windy. I was very lucky to reach a good « polar alignement » without the help of the Northern Star due to southern orientation of the house. The other location in the backyard was too exposed to the wind, so no chance to set up the gear there.

About the image : I’m back in the DSLR-world after being not very impressed by the ASI183 MC Pro…probably a mistake from my side while choosing a cooled camera with such small pixel. Aside that spec, I wasn’t very confortable setting up all accessories and electrical plugs needed to turn on the ASI, and be ready to image from the camera in a satisfying time. I’ve used my stock EOS 90D (D5500 under the hands of Mark from JTW Astronomy for astro-modification, should be back home soon). 42 lights of 180s, at 800 iso, darks, bias and flats as usual.

Feedback, comments and criticism are welcome :-) Thanks for looking at my new image and clear skies to you all around the world. 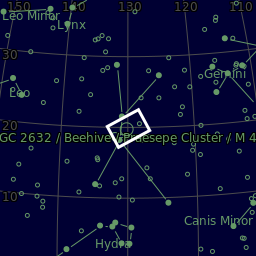