I first observed Bode's Galaxy or M81 in the winter of 2013 while building a barn door tracker. At the time, the two fuzzy object intrigued me enough to return a few months later on an equatorial mount to witness SN 2014J in neighboring M82- The Cigar Galaxy.

Returning to M81 this last weekend, I feel a somewhat "nostalgic" connection to this distant galaxy. With the advent of newer camera technology, imaging the smaller galaxies are now realities for mid size refractor people like myself, as is proof here. The ZWO 178 shines as it reveals dust lanes and the hydrogen prevalent areas in the nebulousity circling giant super massive black hole.

More about M82 from wiki:
First discovered by Johann Elert Bode in 1774, Messier 81 (also known as NGC 3031 or Bode's Galaxy) is a spiral galaxy about 12 million light-years away in the constellation Ursa Major. Due to its proximity to Earth, large size and active galactic nucleus (which harbors a 70 million M☉ supermassive black hole), Messier 81 has been studied extensively by professional astronomers. The galaxy's large size and relatively high brightness also make it a popular target for amateur astronomers.

It was a clear and transparent night with seeing at 5 out of 5 according to the clear sky chart for the area.

Captured in Sequence Generator Pro with calibration, registration, and integration in Pixinsight and final color balance and levels adjust in Photoshop. 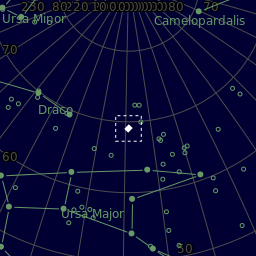