NGC2683 is a beautiful spiral galaxy somewhere around 25 million light years from us. The combination of the shallow angle, almost edge on, and the hazy envelope really give this one an interesting appearance. It picked up the nickname "UFO Galaxy" somewhere along the way. The target is on the smaller side covering about 9x2 arcminutes. What really catches the eye is the extended halo but that leads the eye away to see how much is actually in the background. I estimated my detection limit in this image to be somewhere between 21 and 22 magnitude. There are galaxies galore. I wish my seeing was better :/

Poking around the image, as I always do, I found several galaxy clusters and even a few distant quasars. The most distant of which was almost 9 billion light years away. Science!

On a more personal note:
It's been a while! I've effectively been out imaging one night over the last 2 months. I know I'm not alone in the serious downturn we had in the weather, but I've also been dealing with problems in my mount. It is currently, hopefully, getting repaired. I have been without it for many weeks now.

I really never got around to this image because I hadn't yet collected RGB data. I'm not sure when (or if) that will come, so I took a look at what was here. The data is from the first week of November with a few subs from early December sprinkled in there. On most of my recent images I've been pulling the stars off and replacing them later in the process to control the size and allow for better control of extended structures. I didn't do that here and just stuck with the old-fashioned way. I tried to preserve the fidelity of the faintest small details.

If you want to see it in color like I do, I'm accepting donations in the form of calibrated RGB subs.

Edit: Finally, I was able to collect RGB on this target. My mount problems seem to have been corrected for the time being, so hopefully the weather begins to improve. 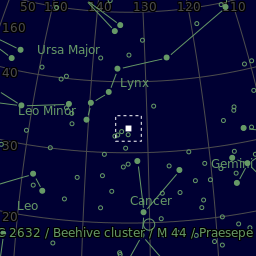