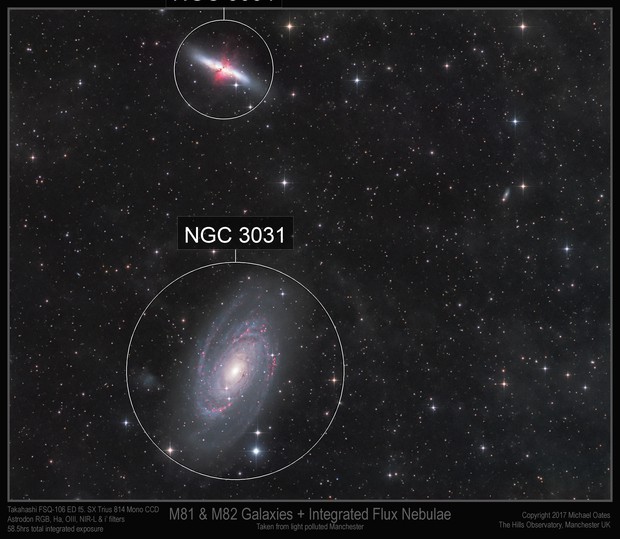 I know I have mentioned my light polluted site a few times but I really do need to emphasise it here again, not to show off, but to encourage others to try.

This is an image I thought I would NEVER, EVER be able to produce. Ever since I saw those first images of IFN, I knew this was one of those subjects that needed very dark skies. So I had no chance from my home in Manchester UK and so never tried.

So when I realised when I started to put the data together for this image that I could see some of the dust in ‘unprocessed’ integrations of as little at 8 x 10min Bin2x2 red filter subs I was amazed, so I dug deeper, NIR images also showed the dust, but the flats were not removing some artefacts making seeing the real dust harder. After some time I figured a way of getting better flats for the NIR images (but that’s a long story). Incidentally, all the NIR subs I took have just gone into making a synthetic luminance also made up from R, G & B subs.

Getting the IFN that I knew was there was not easy to bring out, as those of you who have done this processing will testify. But after watching tutorials especially “M81, M82 and the Integrated Flux Nebula processed by Scott Rosen” I was able to complete this image. [http://www.astronomersdoitinthedark.com/Bringing-Out-the-FaintStuff.php]

The first subs were taken during 2014 and I came back to it this year missing out 2015 and 2016. I did post an image based on the early data here: http://www.astrobin.com/106490/ that was just 12.5hr integration and I always wanted to come back to this to bring out M81’s companion galaxy Holmberg IX and also show more of the outer regions of both M81 & M82 and improve on the Ha in M82.

All the specific IFN processing was undertaken on the Synthetic Luminance using PixInsight for all calibration, initial processing and combination of the different filters. Some stages were passed over to Photoshop and back again, then back to Photoshop for final IFN processing and then continued in PS for the combination of the colour data including Ha and OIII and final tweaking. The OIII contribution was minimal and based on recent previous galaxy targets I have decided that in the future time would be better spent with more RGB data, or just other more nebulous targets if the observing conditions meant I had to use OIII due to the Moon. Any noise reduction used was done via Photo Ninja as a plugin in Photoshop.

I doubt I could retrace my steps good enough for a tutorial even for my own records as this processing is very much an iterative process with many, many small steps being taken. But I basically followed the general workflow by Scott Rosen in the above tutorial, thank you Scott.

This is not the first IFN image taken from light polluted skies, I have seen one other. But I just hope this will encourage others who don’t have dark skies to at least have a go.

As many exposure times were used and different bin settings, I have averaged out the exposure lengths in the technical card. The over all integration time was 59 hrs 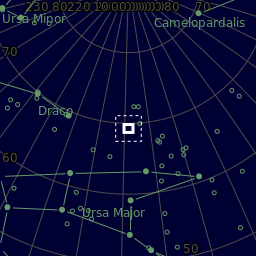