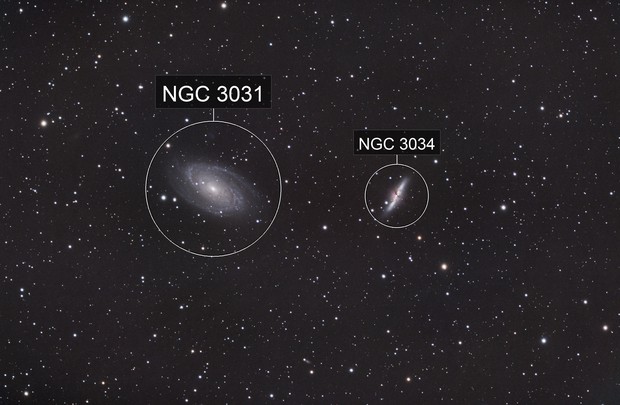 This is an M81 & M82 shot taken about two miles from downtown Denver using a ZWO ASI-183 camera through an SV-70t with a focal reducer shooting at f/4.8. The image represents about 18 hours of subframes in LRGB. The subframes were three minutes each, gain was set to zero and offset to fifty.

The mount was a Takahashi EM-11 and the acquisition was controlled by custom scripts running atop The SkyX Professional, mostly on a Raspberry Pi.

I seem to have a slight tilt in the imaging system which I believe is related to the focal reducer because the effect has also occurred with a different camera. I also inadvertently cropped the image twice, so it's a bit paired down from my original intention.

This is really a fun pair of galaxies to shoot and is just about a perfect galaxy target for this rig. I also found the new ASI-183 camera a pleasure to use. The camera produces some background banding during short (less than a couple of seconds) exposures. This primarily impacted my flat frames, but I could mostly correct it with the PI Canon debanding tool. At the end of the day, the small pixels on this camera can support more resolution than the 70mm refractor can actually serve up.

I shot this image before with my 80mm f/6 and a larger pixel camera, but I tried to be less aggressive with the smoothing and noise reduction than with my previous attempt. 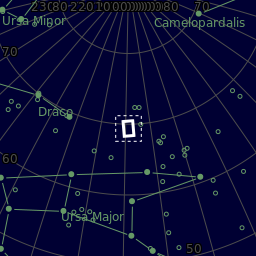