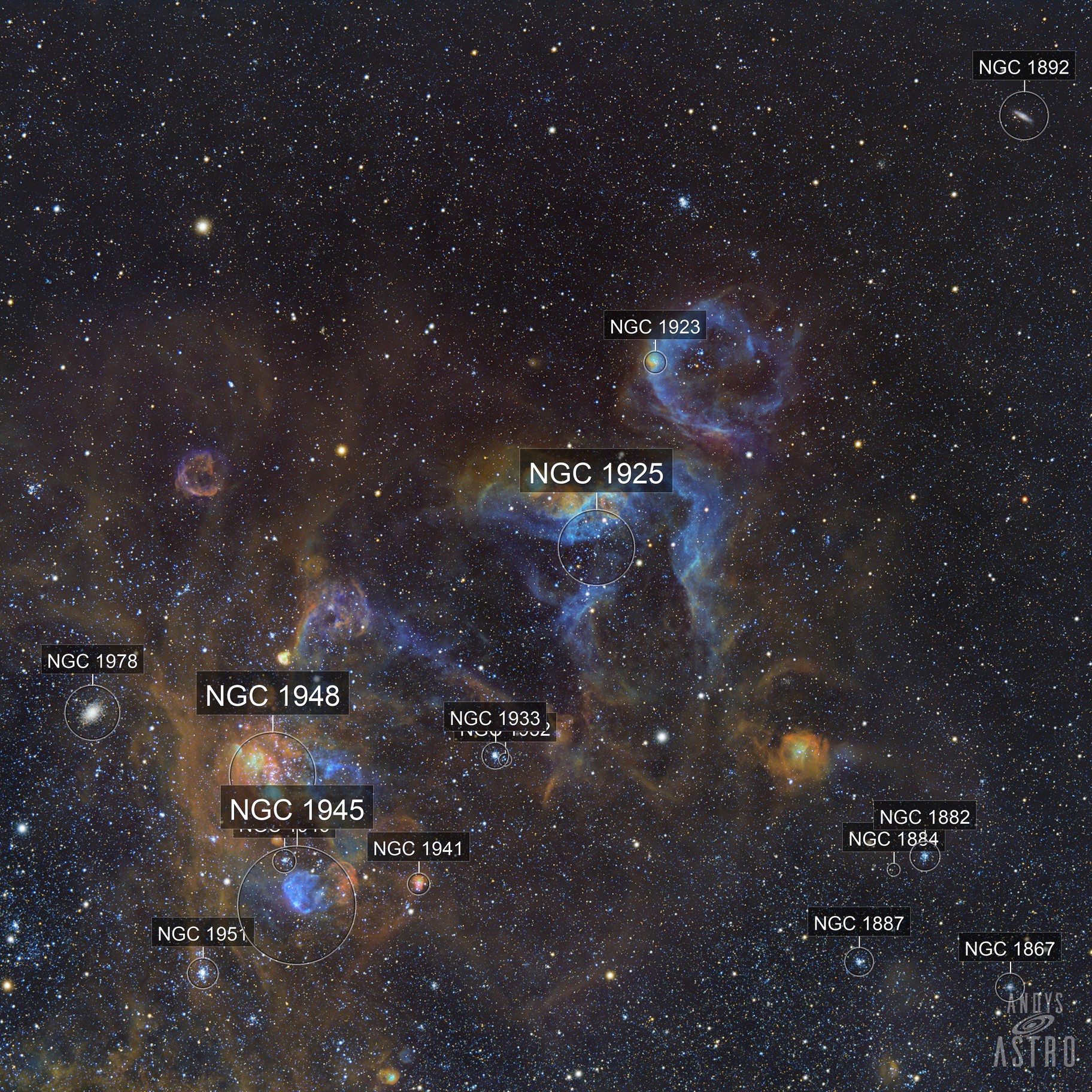 Remember the ‘Space Jockey’ from the derelict spaceship in the first Alien movie?
Found him in the Large Magellenic Cloud with NGC 1925 & Friends.

This image is a collaboration with my astro buddy ‘Blue’ whose gear has a remarkably similar FOV to mine.

Blue lives under rural Bortle 2/3 skies, and after platesolving a sub of mine to orient his camera,  took nice clean RGB for the stars using the following...

I took the Narrowband data from my light polluted suburban Bortle 6/7 location in Melbourne, Australia.

Very few if any stand alone images of this Fascinating target, that when rotated 90 degrees CCW also resembles an olympic swimmer on the starting blocks, or a busy cyclist!

Also of interest is an almost golden, irregular shaped globular cluster at 8 o’clock, and the distant galaxy in the top right cnr.

The LMC itself is a distorted barred spiral galaxy. Tidal gravitational forces from it’s companion, the SMC and the Milky Way have resulted in many of these wacky irregular shaped nebulae present. 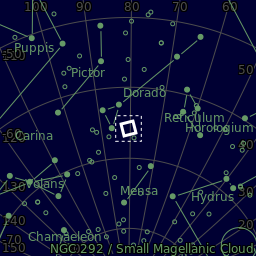