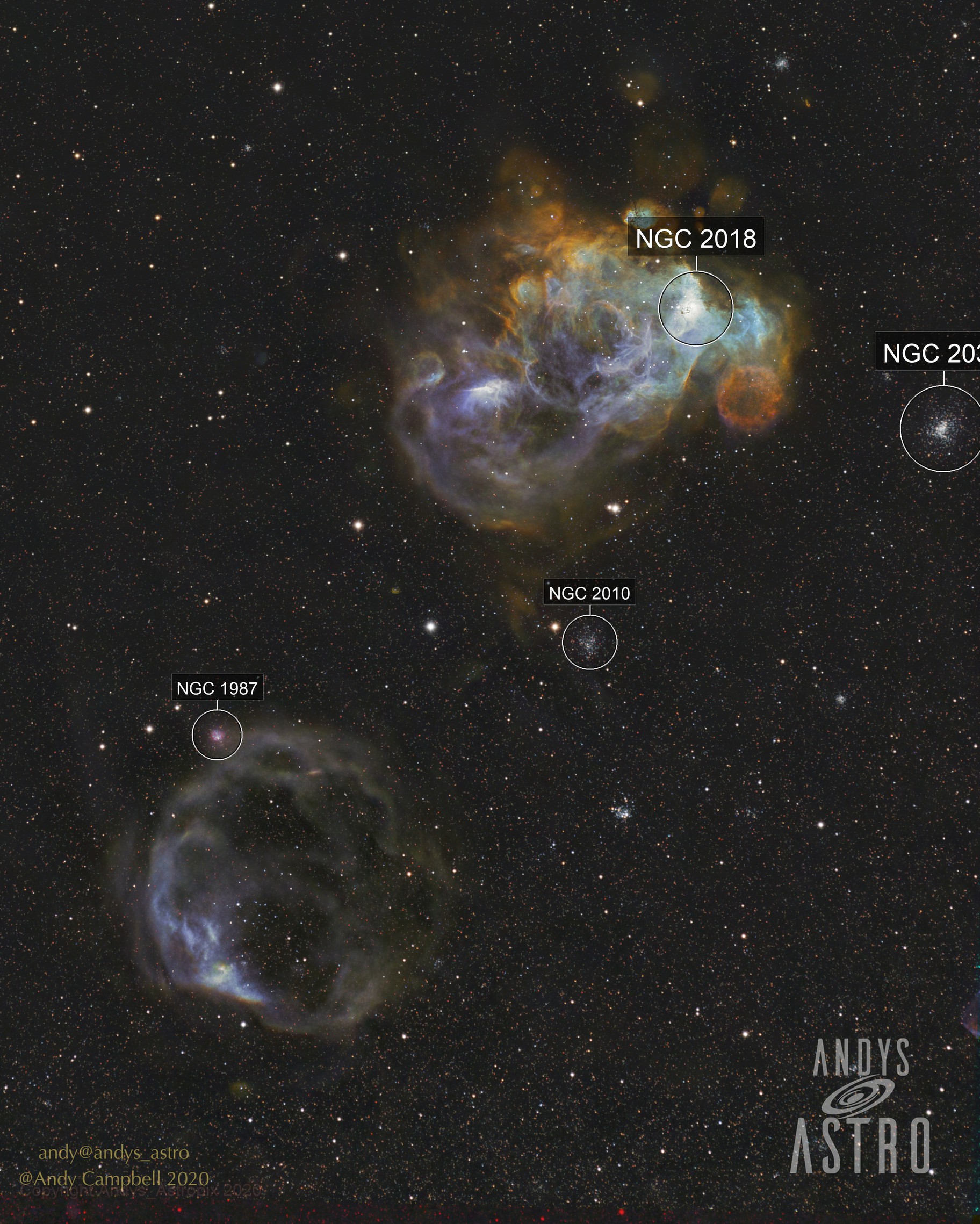 I though I'd feature these quirky little chaps in the LMC - rarely if ever imaged as a quartet, they lurk surreptitiously in the shadows below the famous Tarantula nebula in the Large Magellanic Cloud. Colourful supernova remnant N206 contains a cluster of massive young stars (NGC2018) and the unique red circular pulsar wind nebula (or SNR).
N206 resides next to it's companions, N204 a Wolf Rayet Star & co.

The LMC is a small satellite galaxy gravitationally bound to our own Milky Way. Yet the gravitational effects are tearing the companion to shreds in a long-playing drama of 'intergalactic cannibalism.' These disruptions lead to a recurring cycle of star birth and star death. Astronomers are particularly interested in the LMC because its fractional content of heavy metals is two to five times lower than is seen in our solar neighbourhood. In this context, 'heavy elements' refer to those elements not present in the primordial universe. Such elements as carbon, oxygen and others are produced by nucleosynthesis and are ejected into the interstellar medium via mass loss by stars, including supernova explosions. As such, the LMC provides a nearby cosmic laboratory that may resemble the distant universe in its chemical composition.

Fun Fact: This emission nebula was cataloged by Karl Henize (HEN-eyes) while spending 1948-1951 in South Africa doing research for his Ph.D. dissertation at the University of Michigan. Henize later became a NASA astronaut and, at age 59, became the oldest rookie to fly on the Space Shuttle during an eight-day flight of the Challenger in 1985. He died just short of his 67th birthday in 1993 while attempting to climb the north face of Mount Everest, the world's highest peak. :) 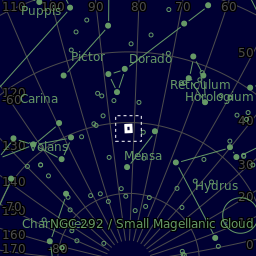