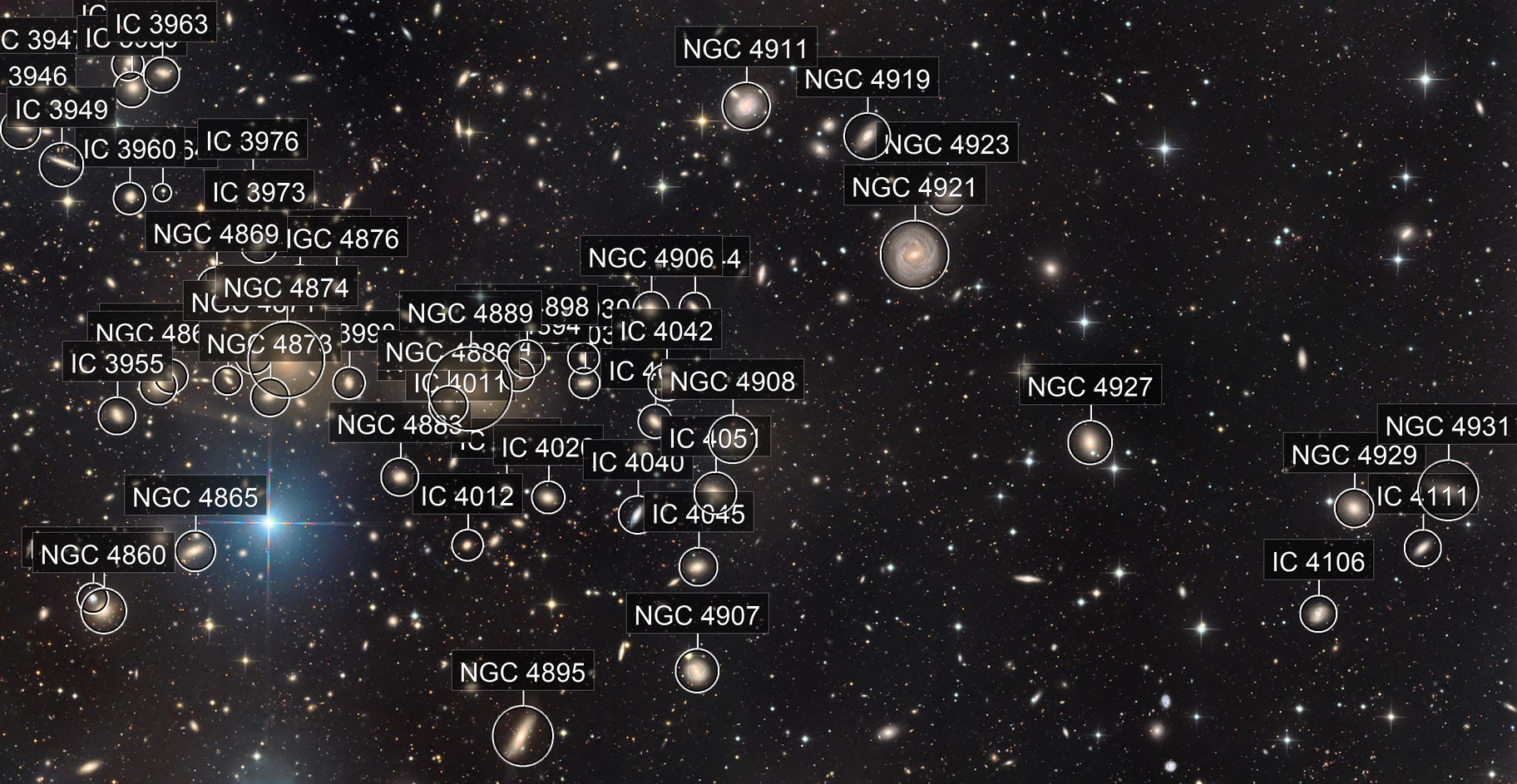 Five years ago I made my first attempt at this amazing cluster using a Celestron 8" in an urban 19.5 SQM sky...

For the merge, I used PI GradientMergeMosaic after StarAlignment Register/Union - Seperate. DBE was used on frames prior to and after the merge to help smooth gradients.

Framing was a little tricky to avoid cutting into any significant galaxies. The glow at the lower left is from a cropped-out bright star, similar to the one above, that was uncomfortably close to the frame edge.

It's interesting to note that the full extent of this cluster was not understood until it was more thoroughly studied in the 1950s by astronomers at Mount Palomar Observatory, only a few miles away from this location.

"The Coma Cluster is a large cluster of galaxies that contains over 1,000 identified galaxies. Along with the Leo Cluster, it is one of the two major clusters comprising the Coma Supercluster. It is located in and takes its name from the constellation Coma Berenices.

About 90% of the mass of the Coma cluster is believed to be in the form of dark matter."