Sh2-216 is one of the closest planetary nebulae to us, with a distance of 420 light years. It is also one of the largest in terms of appearance from us because of its closeness, taking up most of the frame of my SV70T scope (reduced), with actual estimated dimensions ranging from 9-30 light years. The nebula is estimated to be 600,000 years old, formed out of the remnants of a white dwarf.

Sh2-216 is a very faint object but I managed to get a decent amount of data to ensure that the filaments and background is sufficiently highlighted. The nebula is rich in O3 and S2 signal which mapped to blue and red appear as a diffuse multicoloured background overlaid by a green and yellow Ha streaks. The combination ended up looking like a surreal/psychedelic rainbow coloured candy.

In most of my narrowband images, I tend to do a SCNR to make the image bicolour or at least reduce the green since that is mapped to the Ha data which can be overwhelming. In this case, I just left things as is after the SHO mapping to RGB so you can see all the colours of the rainbow here. The image based on using the Ha data for the luminance turned out the best in my view; the SHO image alone (without any luminance) also looked decent but the blues didn't stand out as much, so I went with the former. The final image processed using TopazStudio 2 tends to stand out a bit more than the one done using PixInsight alone. It's not just the saturation boost but a lot of things the software does under the hood that tweak it so slightly and move the image from being a fair representation of the data (which is found in the PixInsight image and is pretty decent by itself in my opinion) to something even more artistic. 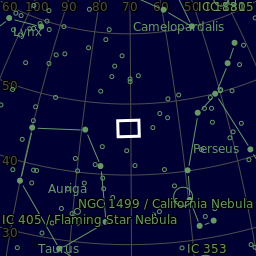