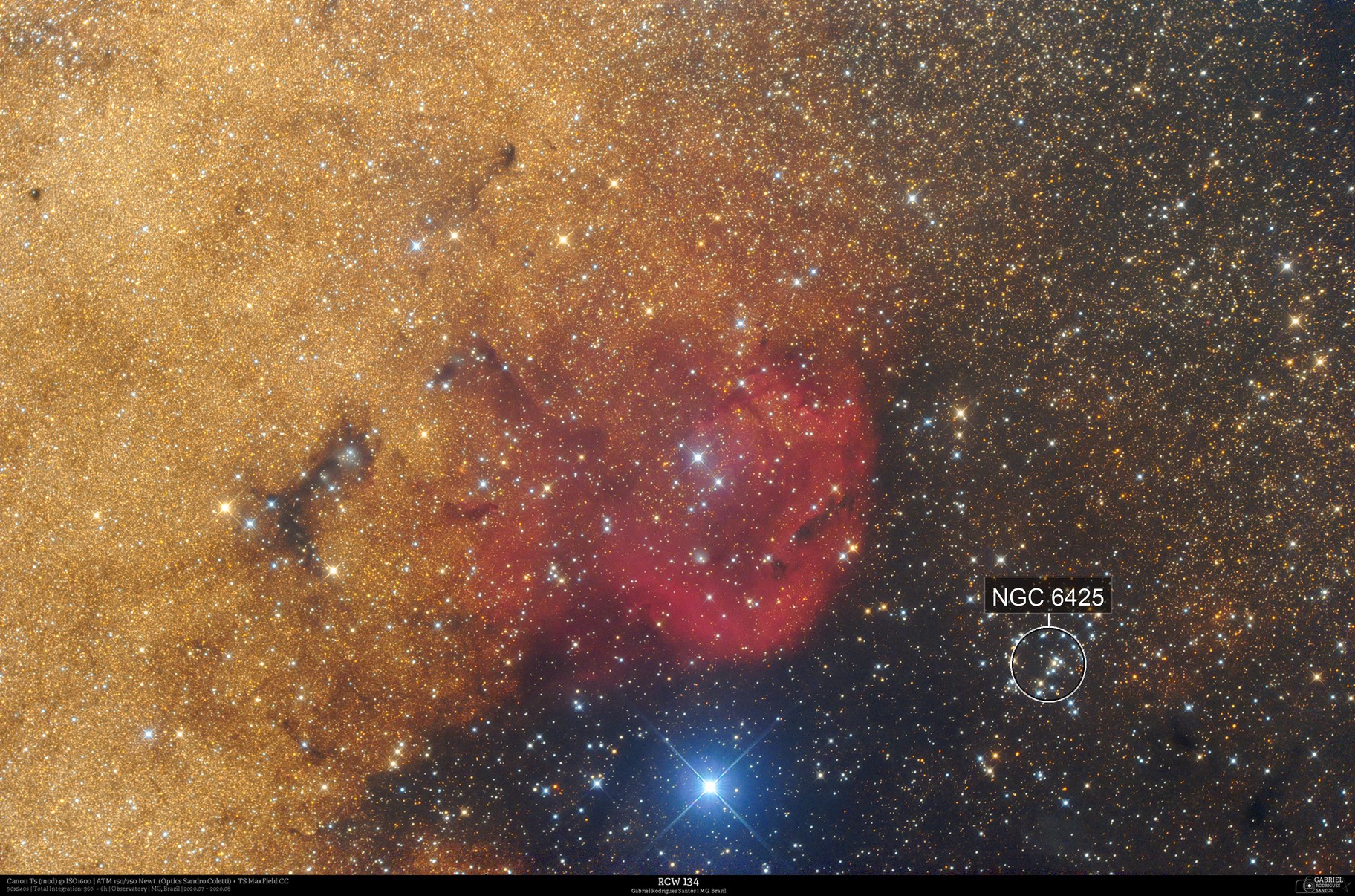 RCW 134 is right in the edge between a bright starfield of the Milky Way, and the darkness of a dust cloud, which make for a visually stunning contrast – the golden hue of the unresolved Milky Way stars, and the brown-black of the absorbing dust lane. It is part of the catalog of 182 southern HII regions compiled by Rodgers, Campbell and Whiteoak in 1960. It featured 78 panels, each 20min Ha and 7min yellow plates. “In 1957, a survey programme of the Southern Milky Way for the detection of Ha regions was initiated at Mount Stromlo Observatory by Professor B. J. Bok. This programme was carried out with a Meinel-Pearson 8-inch f/1 flat field Schmidt which was mounted as a counterweight to the 6-inch Farnham refractor used as the guiding telescope. […] The majority of the plates were obtained by Rodgers, the remainder by Campbell. […]” About RCW 134, it is written: “circular” [2].

This image was a surprise to me – this beautiful H-alpha cloud is rarely imaged on its own. It usually is shown “photobombing” widefield images of the surrounding Milky Way in Scorpius, and I could not find many DSLR images that showed this nebula well. It was captured from my dark sky observatory in July 2020. The full story behind it is my M8-M20 image: after 4 months away from the stars, I had 30 long waited nights there, enjoying the company of the stars in the first light of my proto-observatory.

This image is a deep integration with my 6” telescope and entry-level modded DSLR, and I was surprised to see the amount of detail and nebulosity revealed with modest gear. Interestingly, in deep narrowband images in Ha, the nebula extends a lot more to the left (East) than shown here. I believe it might have something to do with the bright Milky Way stars, which overwhelm the field in this direction. I was surprised to see, deep in the darkest regions, traces of a molecular cloud of dust silhouetted against the darkness, in the lower right corner. I was really happy with how the nebula and star colours turned out, and from my target list I consider this beautiful object completed (at least for now =D)! 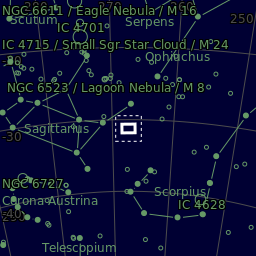