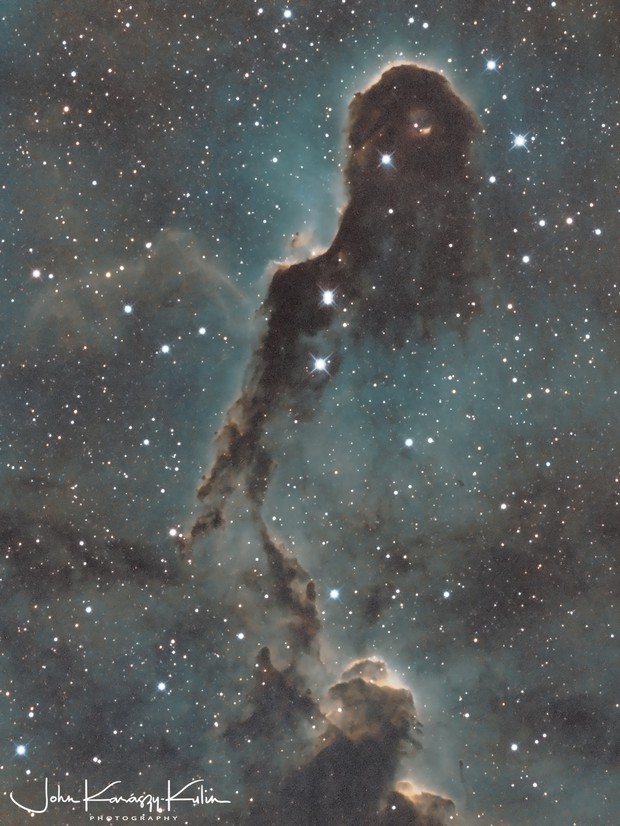 A couple of years ago I looked at doing this, I started a sequence and after the first sub it clouded over and that where my plans stayed until the last couple of weeks.

Unusually the weather forecast on all of these nights wasn't great and for the OIII and the SII they were captured on nearly a full moon, last night I was plagued with gusts of wind up to 17mph, but that's all they were ad-hoc gusts and I lost 3 subs.

These were all captured with 1200s subs of Ha, OIII and SII a total of just under 11 hours of data.

This was one of those images that the more you worked on it the more it developed, I had in my mind a "Pillars of Creation" Colour scheme and deliberately didn't not recall or research it again as I knew when it would be right, and to my mind this is. The reality is that I probably haven't spent more that 3/4's of an hour in total working on it as I had some important work to finish.

I was worried about the double stars at the centre overlapping and I did have a go at star reduction, but it seemed to ruin what was actually there and so I have left it.

Because of the wind, the guiding was from 0.24rms up to 0.80rms, but the iOptron 120EC Mount is really performing and handled it easily at a focal length of 2008mm with my GSO RC F7.9 Truss Scope.

I hope you like it as much as I do?

The Elephant's Trunk Nebula is a concentration of interstellar gas and dust within the much larger ionized gas region IC 1396 located in the constellation Cepheus about 2,400 light years away from Earth. The piece of the nebula shown here is the dark, dense globule IC 1396A; it is commonly called the Elephant's Trunk nebula because of its appearance at visible light wavelengths, where there is a dark patch with a bright, sinuous rim. The bright rim is the surface of the dense cloud that is being illuminated and ionized by a very bright, massive star (HD 206267) that is just to the east of IC 1396A. (In the Spitzer Space Telescope view shown, the massive star is just to the left of the edge of the image.) The entire IC 1396 region is ionized by the massive star, except for dense globules that can protect themselves from the star's harsh ultraviolet rays. 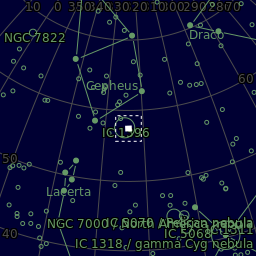