Not much on this one. From Vogel:

There is a little O-III in here rendered with HOO pallet. [See the Blue in the histogram] 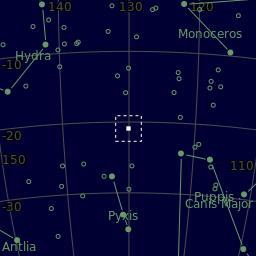