Squid in a Flying bat, Dark Seahorse nebula and the Fireworks galaxy

Squid in a Flying bat, Dark Seahorse nebula and the Fireworks galaxy

This target (or the field of view) gave me quite the run around during processing. While the data collection was fairly easy and I was happy with the results I got when testing HOO and LRGB separately, when I tried to blend all the channels together (using the method tried on my M31), I was not getting the results that I was after.

I collected O3 first and could see faint signal on what it looked to be a spiral galaxy and was hoping it won't make the cut when cropping. It made through, got to take care of the little guy!

After several revisions and testing it, I think I am done with this.

The focus of this image to me was the squid, but I think I bit more than I chew thinking I can shoot 25h of O3 and about 10 hours of Ha and be done with it. Seeing the dark seahorse and the galaxy made me realize I needed to shoot LRGB channels as well and processing this gave me the run around. My initial versions were more focused on getting all the Ha and O3 and I lost the dust details along the way and the fireworks galaxy blew up in the details. So had to sit back and realize how I wanted to show the final result as. In my mind, I wanted to show a little of everything, the squid, Ha signal, dust and some details on the galaxy.

Using PixelMath, extracted the Ha and O3, and iteratively blended onto the LRGB image (I could not get it work in linear state and quit after trying a few days, I probably should revisit my M31 now). 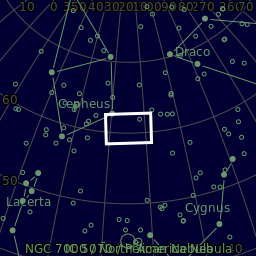