Also known as the Clown Nebula, NGC 2392PNG197.8+17.3
This image is composed of Ha, N2 and O3 images. It was an experiment in short exposure imaging. Instead of exposing for 5 or 10 minutes I thought I would try with 10s exposures in each of the narrow band channels to see if I could get any higher resolution.

After calibration and stacking the nebula and stars have been processed separately. Stars were removed from the integrated image using the Faybian Neyer method as described by Adam Block. Although fiddly, I find this gives me better results than the StarNet++ programme which does not seem to like my images. It also means I end up with separate star masks for various sized stars, which makes processing them later much easier.

The starless image was then subtracted from the integrated image to give a star only image and a nebula only image. These can then be processed separately and recombined at the end of post processing to create the final image.

Did the experiment work? In a word: no. The 10s exposures were too long to freeze the seeing, but I had wondered if they would reduce the blurring caused by other errors, such as tracking. However, I don’t think this image is any better than I could have produced with 5- or 10-minute subs. The Mesu is a good mount and can be easily guided for 20 or 30 minutes if required. I suspect it could go for an hour, but I’ve never had the patience for that test. In fact, I suspect that the longer subs would have produced a better image as I would have gone for a much longer integration time: 8 to 10 hours per filter rather than 2. That would have increased the SNR and given a much nicer image. I didn’t go for so long with the 10s exposures as that would have left me with a huge number of subs to process and it was tedious enough as it was with 720 per narrow band channel.

In short, I think short exposure imaging would be of benefit for people with mounts that cannot handle 5 minute plus exposures, but it offers little benefit to me. At least now I know that! 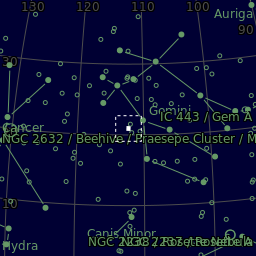