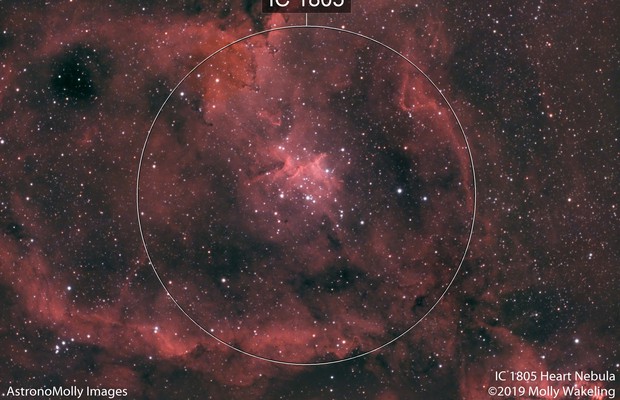 "Astronomy compels the soul to look upward, and leads us from this world to another." - Plato

I know it's been a while since I've posted any results from my backyard -- but the wait has been worth it! Dwelling nearly 17 hours on the Heart Nebula has gotten me a great image!! This is by far and away my longest integration-time image. Feel free to share!

There is so much to say about this image. First, a few scientific facts. The Heart Nebula is a cloud of gas (particularly hydrogen, but also many others) that sits in the constellation Cassiopeia. It's about 7,500 lightyears away. At the center lies a group of stars known as Melotte 15, which contains some stars that are 50 times the mass of our Sun, as well as many smaller stars. These stars emit radiation that causes the hydrogen gas to glow a characteristic red hue.

Second, some fascinating parts of this nebula to pay attention to. At the center, the stars of Melotte 15 not only light up the region, but sculpt the gas. The whole nebula looks very much like a heart. At the core is an incredible structure that looks like an intricately-detailed spiral tower. It's my favorite part of the image, and I'll probably process another version of this that focuses in on that region at some point. Above the spiral are interconnected columns of light-absorbing molecular dust, also intricately woven. All around the edges of the Heart there is incredible sculpted detail to soak in. I have been dying to image this target for a long time, and I'm so happy about this result!

Very very happy with this one!!

You can support my work on Patreon! 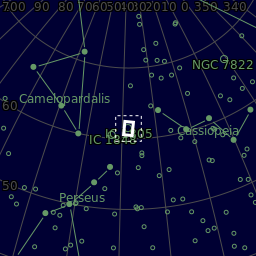