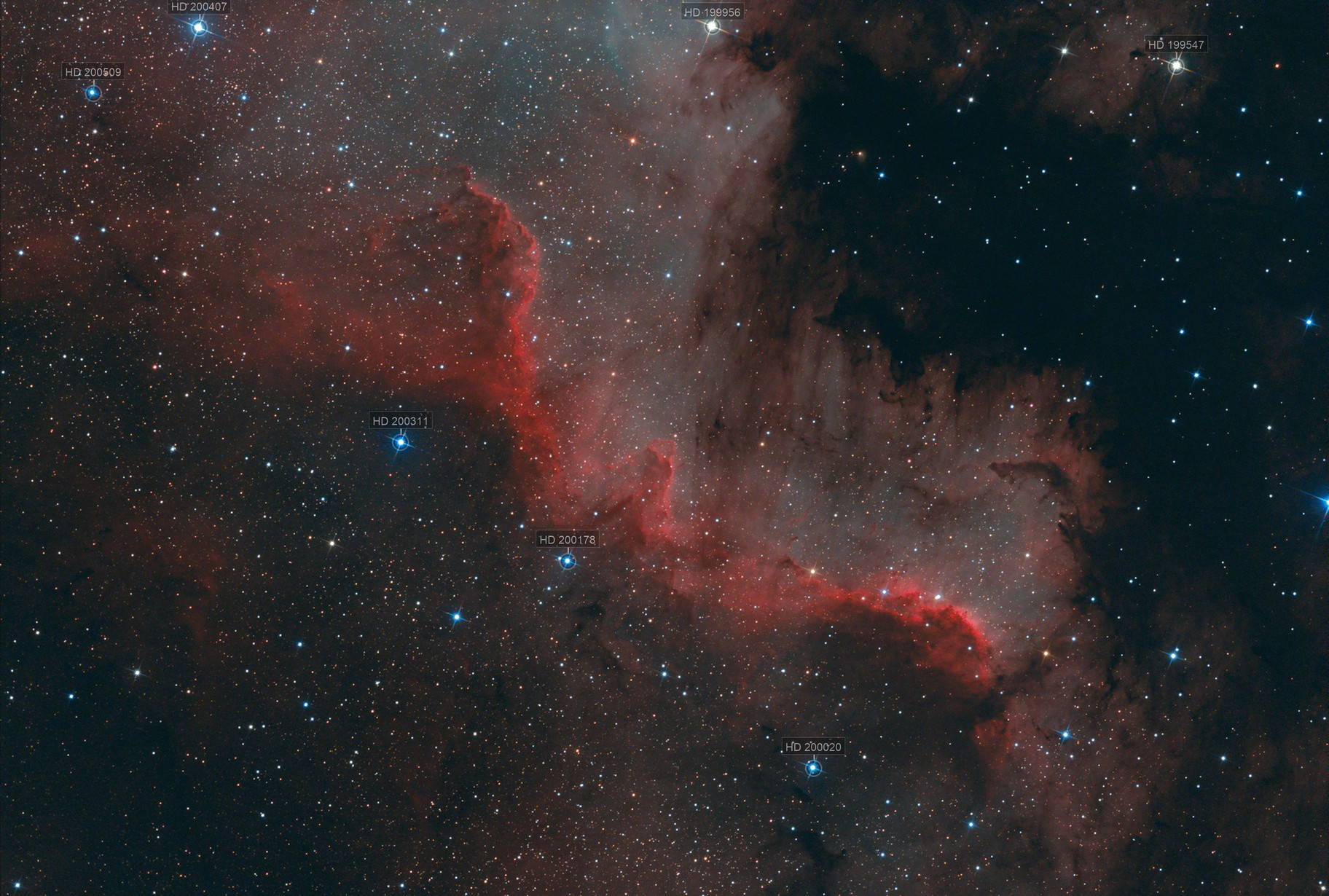 The North America Nebula (NGC 7000 or Caldwell 20) is an emission nebula in the constellationCygnus, close to Deneb (the tail of the swan and its brightest star). The shape of the nebula resembles that of the continent of North America, complete with a prominent Gulf of Mexico.The North America Nebula covers a region more than ten times the area of the full moon, but its surface brightness is low, so normally it cannot be seen with the unaided eye. Binoculars and telescopes with large fields of view (approximately 3°) will show it as a foggy patch of light under sufficiently dark skies. However, using a UHC filter, which filters out some unwanted wavelengths of light, it can be seen without magnification under dark skies. Its shape and reddish color (from the hydrogen Hα emission line) show up only in photographs of the area.The portion of the nebula resembling Mexico and Central America is known as the Cygnus Wall. This region exhibits the most concentrated star formation.At optical wavelengths, the North America Nebula and the Pelican Nebula (IC 5070) appear distinct as they are separated by the silhouette of the dark band of interstellar dust L935. The dark cloud is however transparent to radio waves and infrared radiation, and these wavelengths reveal the central regions of Sh2-117 that are not visible to an ordinary telescope, including many highly luminous stars.
The distances to the North America and Pelican nebulae were controversial, because there are few precise methods for determining how far away an HII region lies. Until 2020, most astronomers accepted a value of 2,000 light years, though estimates ranged from 1,500 to 3,000 light years.But in 2020, the Gaia astrometry spacecraft measured the distances to 395 stars lying within the HII region, giving the North America and Pelican nebulae a distance of 2,590 light years (795±25 parsecs). The entire HII region Sh2-117 is estimated to be 140 light years across, and the North America nebula stretches 90 light years north to south. 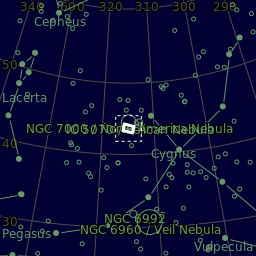