Stars are forming in Lynds Dark Nebula, LDN 1251. About 1,000 light-years away and drifting above the plane of our Milky Way galaxy, the dusty molecular cloud is part of a complex of dark nebulae mapped toward the Cepheus flare region. Across the spectrum, astronomical explorations of the obscuring interstellar clouds reveal energetic shocks and outflows associated with newborn stars, including the telltale reddish glow from scattered Herbig-Haro objects. Distant background galaxies also lurk on the scene, visually buried behind the dusty expanse.

In the lower left there is red colored carbon star, a late-type star similar to a red giant whose atmosphere contains more carbon than oxygen; the two elements combine in the upper layers of the star, forming carbon monoxide, which consumes all the oxygen in the atmosphere, leaving carbon atoms free to form other carbon compounds, giving the star a sooty atmosphere and a strikingly ruby red appearance. 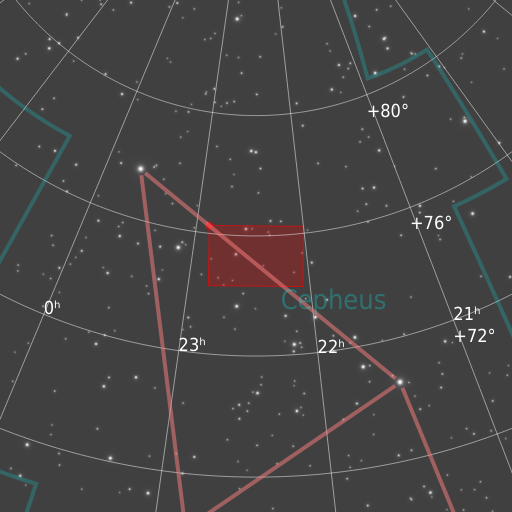