I generally like to upload only my pretty pictures to Astrobin, but since this is the best (and only) picture of this object I hope you will forgive my indulgence.

I was contacted by Planetary Nebula hunter extraordinaire, Dana Patchick about the possibility of partnering to find new PNs and begin a catalog. Dana combs the Galex catalog and POSS II sky survey plates to look for any hints of a nebula in stars with the correct temperature profiles. We decided to devote 50 hours of scope time to see if we could turn up something new.

PaMor1 is 5.6 arc minutes in size and, based on the DR3 parallax catalog, 1424 parsecs distant. There appear to be two spheres, both mostly represented in OIII. The Ha data only presented a hint of the nebula. The star that has produced the gas sphere can be seen dead center and shows very blue in both NB and RGB.

As this was my first time at this extreme astrophotography I learned a lot. Here is a list of those learnings:

- Critically, I began adding a pedestal in the WBPP script to ensure no <0 pixels were created via dark subtraction (check your calibrated subs for 0 pixels folks)

2) I compared my 1x1 and 2x2 dark calibration and it appeared that the calibration was more accurate at 1x1. It may seen odd to choose 1x1 for really dim objects, but with my CMOS camera the SNR improvement from binning can come either before or after calibration. This would not be the case with CCD of course.

3) I learned an even greater respect for the work being done by the Strottner-Drechsler team. This is hard and they make it look easy!

4) An F7 system is not ideal for this hunt! PaMor1 would probably look much better shot with my FSQ106 than my CDK14.

6) Narrowband for normal objects work with the Moon up but not this low light work. This was

shot mostly with my LRGB time.

I added a bit of RGB data to provide a better star color. But with the extreme stretching that color is not strong. The NB mix is [Ha - Ha*.1+OIII*.9 - OIII]

Amateurs, it seems, still have a contribution to make. On to the next object! 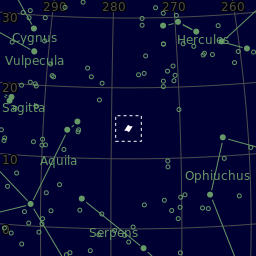