Explanation: Very faint planetary nebula Abell 7 is some 1,800 light-years distant, just south of Orion in planet Earth's skies in the constellation Lepus, The Hare. Surrounded by Milky Way stars and near the line-of-sight to distant background galaxies, its generally simple spherical shape, about 8 light-years in diameter. Within its confines are beautiful, more complex details enhanced by the use of narrowband filters. Emission from hydrogen is shown in reddish hues with oxygen emission mapped to a bluish-green color, giving Abell 7 a more natural appearance that would otherwise be much too faint to be appreciated by eye.

Abell 7 itself is estimated to be 20,000 years old. Its central star is seen here as a fading white dwarf some 10 billion years old.

Image only HA and O-III. This is one case where adding in more and more HA helped.

Stars starnet masking artifact fixed/attenuated with dust and scratches in Photoshop then final with StarSpikes Pro4.

Bottom line there are 79 imagable Abell Nebula of which I have imaged 36. 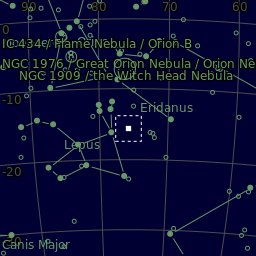