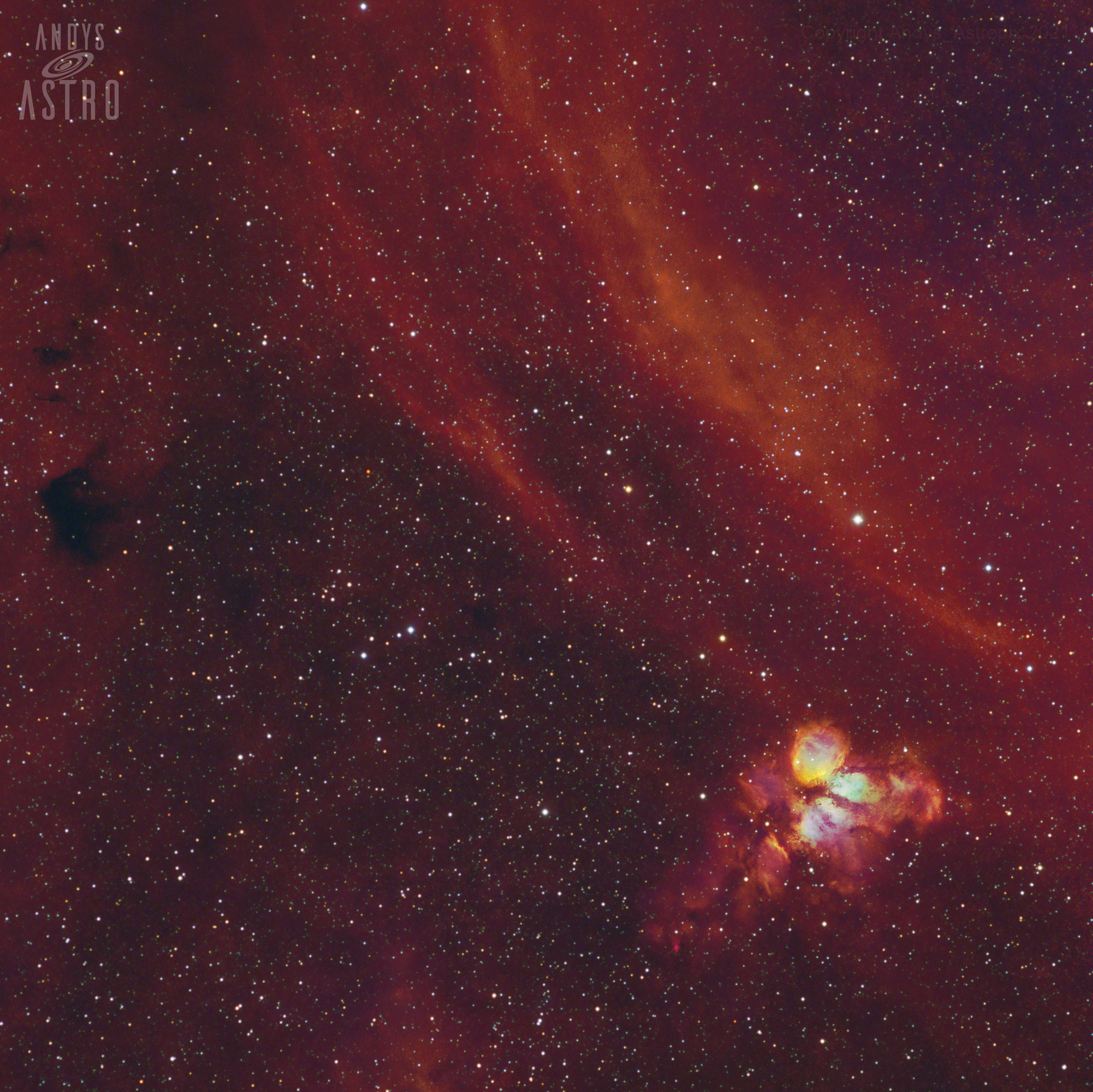 A Nebula for George Mallory - RCW 42

A Nebula for George Mallory - RCW 42

The late President John F. Kennedy was famously famously quoted - "Many years ago the great British explorer George Mallory, who was to die on Mount Everest, was asked why did he want to climb it. He said, "Because it is there." Well, space is there, and we're going to climb it..."
Now I'm not saying this image will ever be famous, but this tiny nebula RCW 42 is there so I needed to photograph it!

RCW is an abbreviation for Rodgers, Campbell and Whiteoak, who generated a catalogue of southern HII regions in 1960. Alternative names of the object are GN 09.22.9 (Atlas of Galactic Nebulae, 1990) and MRSL 155 (comparison catalogue of HII-regions, Marsalkova 1975) and Gum 26.

Located some 20,000 light-years away in the southern constellation of Vela. Gum 26 is an emission nebula or HII region, where the intense ultraviolet radiation streaming from newly-formed stars ionises the surrounding hydrogen gas, causing it to emit a faint pinkish glow.

John Ebersole's recent closeup photograph on Astrobin https://www.astrobin.com/full/o80ayw/0/ inspired me to image this as well. Now my gear can't compare with an ASA 1m mirror, f2 instrument located at Chilescope, so my version appears in widefield at 1000mm FL which gives context to how tiny this little sky flower really appears in it's surroundings.

Like John, my quest for new targets to image is at times all consuming, and to quote John himself, "Only rarely does one get to capture a seldom photographed celestial specimen. RCW42 (aka Gum26) in Vela, appears to be absent in the Astrobin archives and exists as only one reasonable image on the internet. It is tiny and lies in a relatively empty part of the sky between the Vela SNR and Eta Carina nebula. Enjoy this forgotten gem."