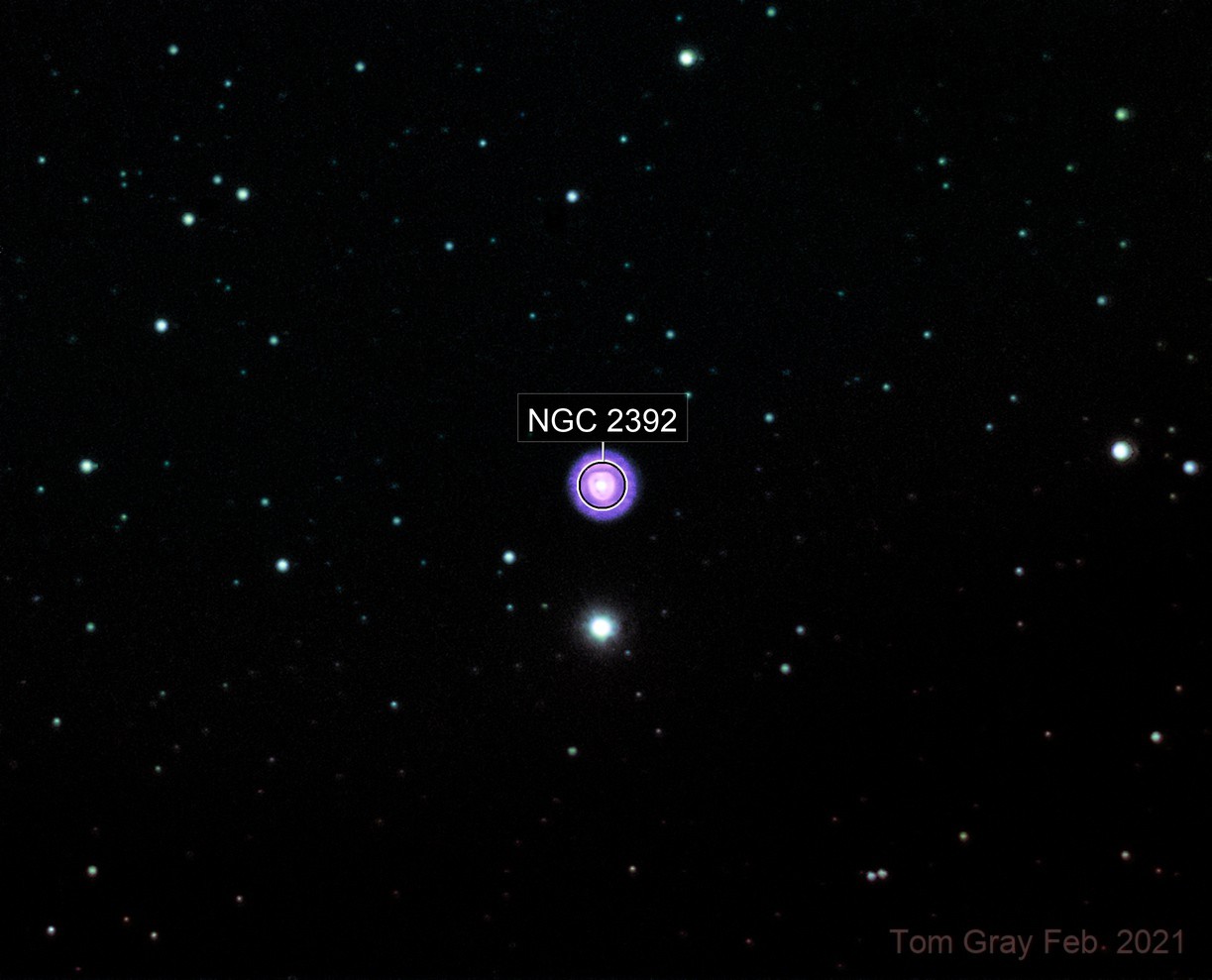 NGC 2392 is a young planetary nebula in Gemini, made famous as the test target of the renovated HST in Nov 1999 - and what a spectacular image that was. It is also infamous as one of a number of objects that have been renamed, as a result of nicknames that are now considered offensive, politically incorrect or 'two-faced'.

Don't let any of that detract from what an interesting object this is - a double shelled planetary nebula - the outer shell estimated to be about 10,000 years old, and an inner perpendicular shell made of expanding bubbles that may be as young as 1000 years, blowing off the cooling central star.

You can just about make out the two shells in my image and a hint of the ionised LY long filaments of hydrogen in the outer shell (mauve in my image). Alas the core is blown out, and the seeing too unsteady to make much sense of the inner shell.

Despite a reasonable integration there was a lot of noise and gradients in the bright moonlight. I collected L frames first (1 hour), as the moon was rising, followed by RGB (15min each), and then supplemented with more 'luminance' data taken through my tri-narrowband filter - unfortunately the OIII 'leaks' moonlight.

My flat frames were rubbish, a slight change in focus between my LRGB filters which are par focal and the NBF - I need to make a portable light box / electroluminescent panel. Aligned and combined in Nebulosity, and processed in Startools. Colour is dreadful, mainly due to a strong red cast and excessive noise, so I have included the NBF luminance frames for comparison (Rev B).

Of course, this would all benefit from a steady, moonless night... remember those!

Description: 'Luminance' data collected through my tri- narrow(ish) band filter. This is designed for use with OSCs but is the only narrowband filter that I have - the Ha at 12nm copes well with moonlight, but the OIII is 'leaky' and tends to a lot of noise.

Description: Mixing red with data from NBF helped to bring out the H emissions, and I think has made a subtle difference and improved the overall colour. 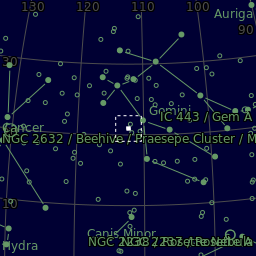