Hi all, finally this is done! I've been swamped with life, but managed to finish the third image of my Squid series. The following writeup is a lot of the old info slightly updated but my lessons learnt from all the time spent on this target are at the bottom. It was hard to find the time to process this properly so I hope I can come back to it one day. Now to get my new QHY294M + CFW3-S-US setup going.

There are several versions of the Squid by itself with full capture details. The difference between the two monochrome versions of the Squid is the application of HDR Multiscale Transform which reduces the halo on the central star as well as the amount of data used: (A) is based on the full ~53 hours whereas (B) is based on the best 40 hours. (C) and (D) are corresponding versions that combine O3 in the blue channel with RGB stars along with changes in the amount of saturation and brightness. Similarly with (E) and (F), but the Squid is in monochrome mixed with the RGB stars background. Finally, the last image is the re-processed O3 version with and without RGB stars representing ~58 and ~60 hours worth of data.

Description: Monochrome L from all S2, Ha, and O3 data.

Description: LSHO with RGB stars with only widefield data. 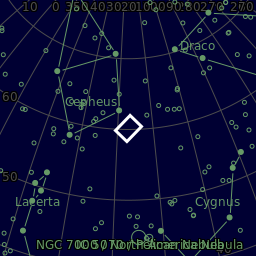