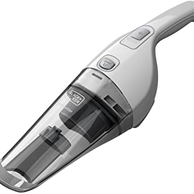 Like a lot of amateur astronomers, I started taking images of the night sky because what I saw through the eyepiece was not what I was seeing on the printed page. As a boy, I frequented our local library and checked out every astronomy book that I c…

Like a lot of amateur astronomers, I started taking images of the night sky because what I saw through the eyepiece was not what I was seeing on the printed page. As a boy, I frequented our local library and checked out every astronomy book that I could find. I would spend countless hours looking over the pictures taken by professional astronomers from places like Palomar Mountain and Mt. Wilson. When I finally got my first telescope (age 12) I was less than impressed by what I saw. The little (60mm) Sears refractor didn't show me any of the fantastic images that I saw in those books. None-the-less, I was able to see the rings of Saturn and "bam" I was hooked. It wasn't until years later that I was able to return to the night sky. After finishing school, my family and I moved to southeast Idaho. The sky was darker than anywhere I had previously lived -- so I started back into astronomy. I first imaged with film; an OM-1 piggybacked on a Celestron-8 SCT. After some success I decided to go with CCD imaging. My first camera was an SBIG ST-237 with color wheel. It helped me learn the process of taking color CCD images and begin down the road of image processing.

My current telescope project is imaging dusty nebulae in both northern and southern hemispheres, with special interest in the van den Bergh catalog. I image mainly from my home in southeast Idaho. From Feb 2008 to October 2010 I shared an observatory with famed narrowband imager John Gleason. We used my Astro-Physics 155EDF as the primary telescope.

My first dusty image was of NGC7023, taken in 2007. It was from this one image that I became fascinated with pursuing dusty and reflection nebula. At that time in astrophotography, most imagers were concentrating on imaging galaxies and nebulae with large aperture, long focal length telescopes. That was not for me. I love wide field images.

I was privileged to be one of the early adopters of widefield dusty nebula imaging and developed many of the approaches to reflection nebula data processing. I've had the honor of 13 APODS, to numerous to count images published in astronomy magazines from around the world, and many images published in scholarly articles and text books. I published an article in Astronomy entitled "Explore the sky's spooky reflection nebulae" (Astronomy, 37(1), pgs 64-68). I have also presented at the Astro Imaging Conference (October 2009, San Jose, CA), Northeast Astroimaging Conference (April 2011, Suffern, NY), and at the Midwest Astroimaging Conference (July 4, 2012, Chicago, IL).