The 7th and final day of Planetary Nebula Week brings us to the Crystal Ball Nebula, located about 2000 light years away in the constellation of Taurus at a declination of +31 degrees. This PN spans over 3 arc-minutes in our apparent view, which corresponds to a diameter of 2 light years.

The bright 9th magnitude progenitor star is clearly visible. For me, the beauty of this object lies in the three dimensional look of the various gas sphere layers which were ejected from the dying star over time. I find the geometric patterns of the dark void patterns to be fascinating.

For a non-Messier object, I was surprised at the brightness of this nebula. I understand now how the appearance of this specific object caused the great William Herschel in 1790 to rethink the accepted idea at the time that all nebulae were simply stars that were too distant to resolve, laying the groundwork for our current understanding of these nebulae. His observation reads in part,

"A most singular phenomenon . . . The star is perfectly in the centre, and the atmosphere is so diluted, faint, and equal throughout, that there can be no surmise of its consisting of stars, nor can there be a doubt of the evident connection between the atmosphere and the star. Another star not much less in brightness, and in the same field with the above, was perfectly free from any such appearance."

To recap, here are the objects from the previous 6 days of PN Week:

To be clear, these are not the most spectacular PNs out there. The PN this week were mostly less common PN that I enjoyed imaging this past month. If you are looking for more exciting PN, try the Helix, the Dumbbell, or the Cat's Eye.

So that concludes our PN journey for now. Thanks for following along with me. If you have never tried it, and own a scope with at least 900 mm of focal length, it is worth imaging one of these beauties. Using narrowband filters, they are nice bright targets to try during a full moon or from a light polluted location. For other PN ideas besides the above objects, visit my PN collection here. 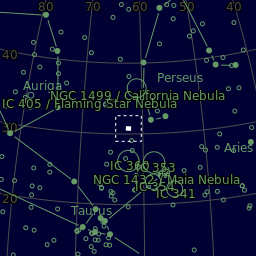